Among the new features is initial support for WebVR. Not only is this apparently ‘a thing’, but Firefox is the very first browser to add support for it. Newsletter modal sign ups will soon be able to literally smack us in the face.

That’s not the only significant improvement to come baked in this release. A number of other improvements help pave the way for November’s dramatic arrival of Firefox 57.

First up, if you read about the Mozilla dev who tested Firefox start-up time with 1691 open tabs — those benefits (smaller is faster in the graph below) are here, in this release, ready for you to abuse. 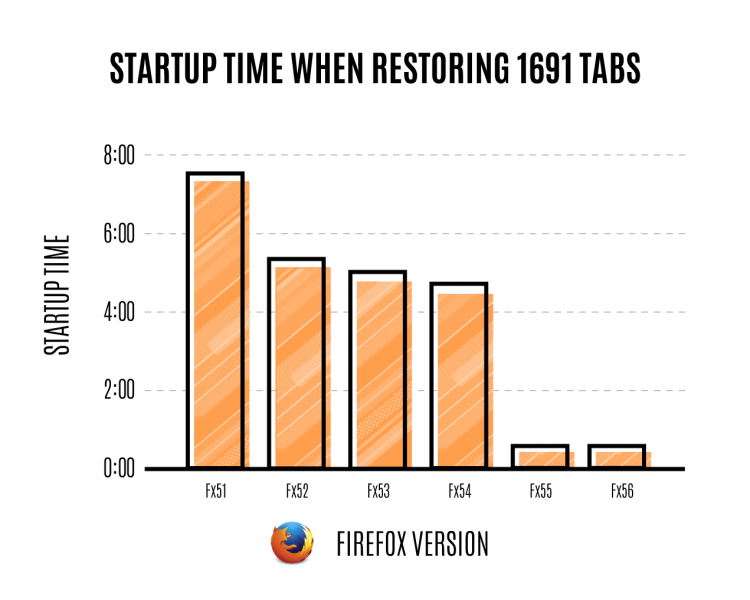 The improvements are part of a project called Quantum Flow and makes tabs browser start-up times over 30x faster than what they were in Firefox 51.

Precisely how pronounced those changes feel on your system will, naturally, vary. But readers who’ve toyed with the various Firefox beta and nightly builds over the past few weeks are adamant they can feel a difference. Once you’ve spent some time with this update do pop back and share your thoughts too.

Other Changes in Firefox 55

Not all of those who install Firefox 55 will get access to the new Firefox Screenshots feature. (It was called Page Shot during testing). 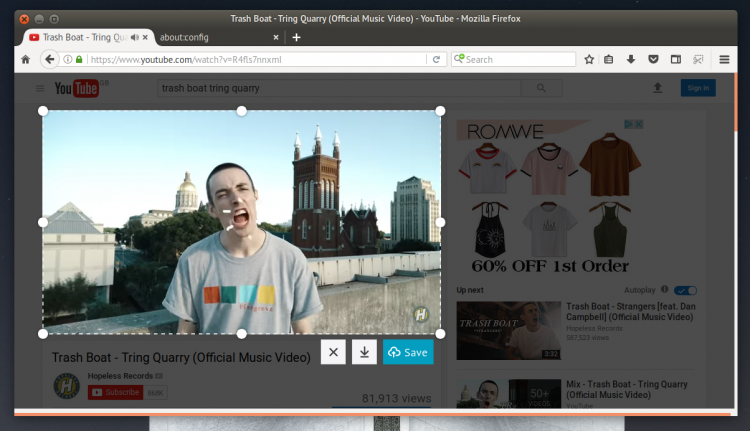 Mozilla is rolling out access to this snip-tastic feature as part of an A/B test.

If you don’t see the icon don’t panic, as you can opt-in via Test Pilot. If you do see the new screenshot/scissors icon you are part of the cool club and can clip any part of any webpage you visit and quickly share it with others. Images are hosted on Mozilla servers for 14 days — so don’t clip anything you wouldn’t want your aunty to see!

You can now move the Firefox sidebar to the right. This optional pane that can display your History, Bookmarks, or Synced Tabs. It’s now easier to switch between these options too thanks to a new button menu. 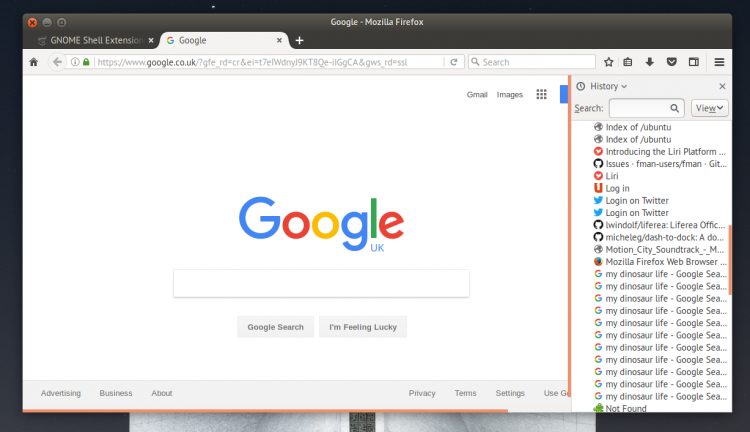 As you type in the Firefox address bar you’ll now be offered some search suggestions (which the arrow above denotes). 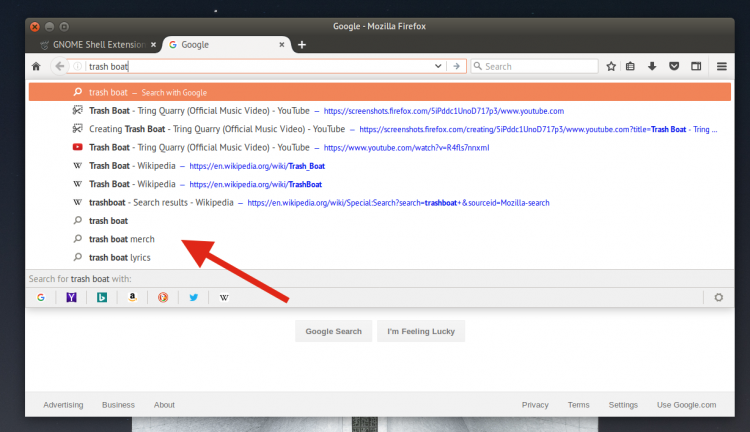 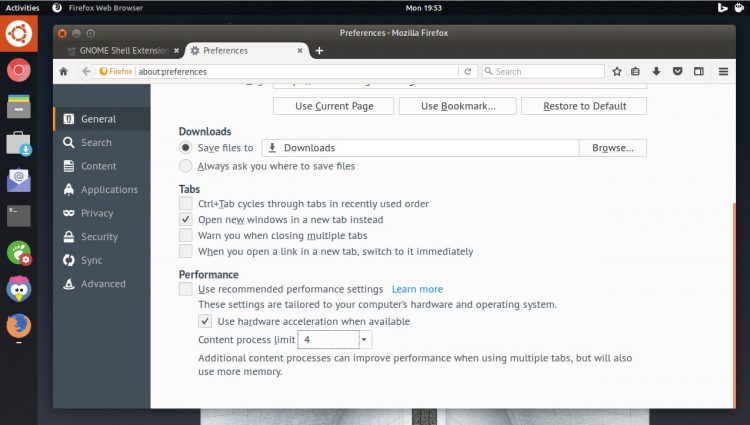 You’ll find a new Performance section listed under Preferences > General. From here you choose whether to ‘Use recommended performance settings’ (default) or dive in and manually enable/disable hardware acceleration (platform dependant, mind) and/or set a multi-process content limit.

Firefox 55 is available to download for Windows, macOS and Linux from the Mozilla website right now. If you’re an Ubuntu user running a supported release (14.04 LTS, 16.04 LTS, and 17.04) you will get this update automatically though the Software Updater at some point in the coming days.

But be aware that some of the performance improvements won’t be enable in the repo version by default because the Ubuntu Modifications add-on that Ubuntu pre-installs with the browser is not compatible with Mozilla Firefox’s multi-process mode.