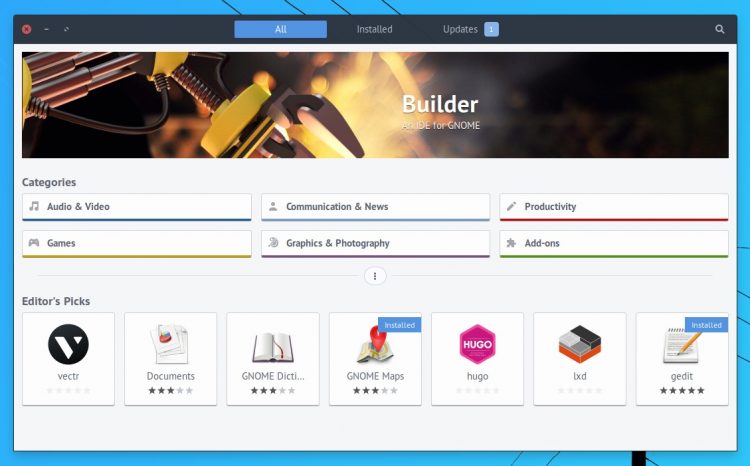 The latest stable update to Ubuntu Software in Ubuntu 17.04 (and up) ships with a number of Snap friendly improvements, including spotlighting a selection of Snap apps under the ‘Editor’s Picks‘ section on the home page of the software store app.

‘Featured Snaps’ are mixed in with regular upstream GNOME recommendations. The exact metric(s) that determines which apps snag a spot here isn’t one I know, so if you do please sate my curiosity in the comments!

Not that you’ll be able to tell the Snap apps from the regular archive suggestions — but that’s by design as the backend is not the sell, the app is.

Aside from making it easier for popular Snap apps to be discovered by users launching the Ubuntu Software app the latest stable update also improves the presentation of some Snap app listings in the store itself.

Specifically, Snaps without icons (including CLI tools like Emoj) don’t show up in the ‘Installed‘ section of the app store but do show up in search, creating confusion and making it a little harder to perform software management tasks.

Not so as in the latest release; Snap apps now show up reliably in the appropriate places, as intended.