A ‘next generation’ version of open-source video editor Kdenlive is available for testing.

This development build, though unstable, includes a new timeline, new features, and a much cleaner, leaner code base.

“We are very happy to announce the first AppImage of the next generation Kdenlive. We have been working since the first days of 2017 to cleanup and improve the architecture of Kdenlive’s code to make it more robust and clean,” the development team behind the non-linear video editor say in a blog post.

Kdenlive is one of the most popular and competent open source video editors available. Hearing that work is well underway to make it as rock solid and reliable as possible is, for my own sanity when making complex projects using it, very welcome

Kdenlive say the AppImage is strictly for testing purposes, and acknowledge that “it crashes a lot because many features have yet to be ported to the new code”. It also won’t open stable Kdenlive project files due to code differences.

“We are hoping to provide reliable nightly build AppImages so that our users can follow the development and provide feedback before the final release,” they add.

For an early bird peek at some of the editor’s new Qml timeline and to do some basic editing this snapshot should suffice.

The AppImage linked below can be used on most modern Linux distributions. It can be used alongside the regular repo or PPA version of Kdenlive with no major issues.

Just download the AppImage, give it permission(s) to run, and then double-click on it to open.

Home » Dev » ‘Next Generation Kdenlive’ is Now Available for Testing 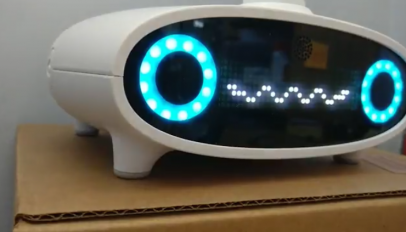 These Videos of Mycroft, the Open-Source Alexa, Are Just Too Funny
Read Next