As an intended open-source alternative to Amazon Alexa, Apple Siri and Google Home, the humble Mycroft AI has an awful lot of hype to live up to.

Can this plastic ET, which was initially built around a Raspberry Pi and Arduino board and hooked up to a remote server running in a datacenter somewhere temperate, deliver as a dependable day-to-day digital assistant?

With (some) backers of the two crowd-funding campaigns — Mycroft reached its goals on Kickstarter and IndieGoGo — starting to receive their units (with some additional fees and shipping costs attached, how kind) we’re getting our first glimpse at how well this boggle-eyed cyber secretary works.

Beans, beans, the musical fruit, the more you eat the more you… Hold on, what are beans? Are they actually a fruit? Or a seed? I’ve never been more uncertain. If only I had a way of finding out.

Mycroft, what are beans?

Maybe Mycroft was built with a deep rooted fear of pulses, lentils and beans. So how about something a little easier, like, say, location. Surely Mycroft knows where I am in the world, right?

Mycroft, where am I?

Mycroft 0, Society for Lack of Awareness in Computing (SLAC) 1

Being the voice of Mycroft (which perhaps explaining why he’s one of the few backers to receive their unit, no ) is Alan Pope, Canonical employee, Ubuntu Podcast host, and a familiar face in the open-source community.

So surely, surely, Mycroft would know who he is, right?

Mycroft, who is Alan Pope?

The fails on show in the videos above are funny, but there is a reason why Mycroft struggles.

You’ll notice that the box Mycroft (the unit) is perched on in the videos warns that it is an ‘Advance Prototype’. That’s not cute marketing but an actual statement: it’s still very early days for the platform.

The issues here are less the fault of Mycroft (the device, which seems to work fine) and more the to do with the abstract processing that takes place out there, somewhere in the cloud, on Mycroft (the company) servers.

Mycroft (the company) say they “still have a lot of work to do in order to improve wake word recognition” and concede that “the voice user experience is still young and the skills we’ve developed need significant refinement.”

But they say things are advancing.

While we all wait for it to level up its skills, I think its safe to say that both Alexa and Siri will be sleeping easy…

Home » Video » These Videos of Mycroft, the Open-Source Alexa, Are Just Too Funny 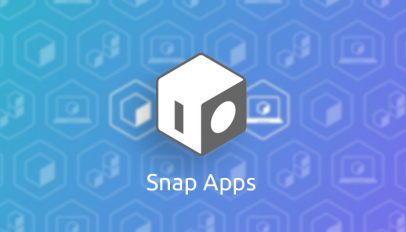