The arrival of the Linux Kernel 4.12 at the weekend brought a boat load of big changes (including two I/O schedulers) but do you know how big it is?

Well, it’s easy to see in this chart shared by kernel maintainer Greg Kroah-Hartman which details exactly how big the release is.

“Linux 4.12 is big, really big, like bigger than you thought big,” Gregs says in an update on his Google+ profile.

“As mentioned over the various rc announcements, 4.12 is one of the bigger releases historically, and I think only 4.9 ends up having had more commits […] 4.12 is just plain big.”

You can also see in the % growth of files and line that, as Linus himself notes, this really was a ‘historically large’ release. The number of files in the kernel raised by 3.18% and the number of lines up by just shy of 4.5%.

You can delve deeper into these stats in the chart below, which summarises the key development data for the past 6 Linux kernel releases. Greg says to ignore the numbers presented in the ’employees’ row as they are yet to be properly updated. 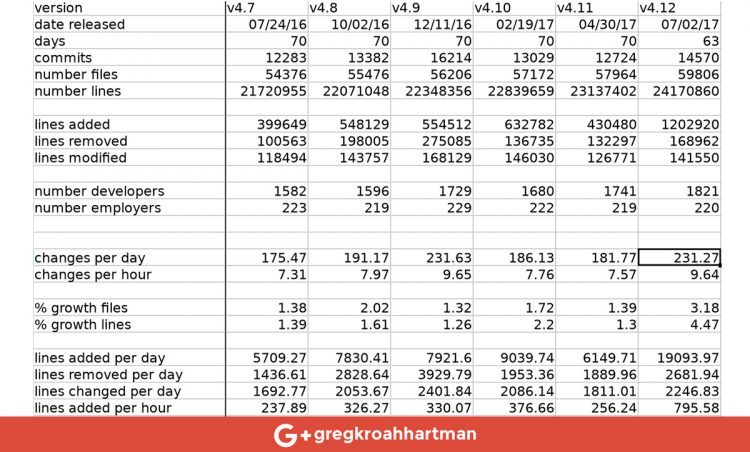 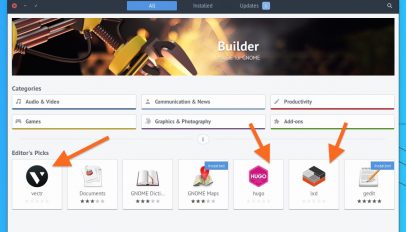