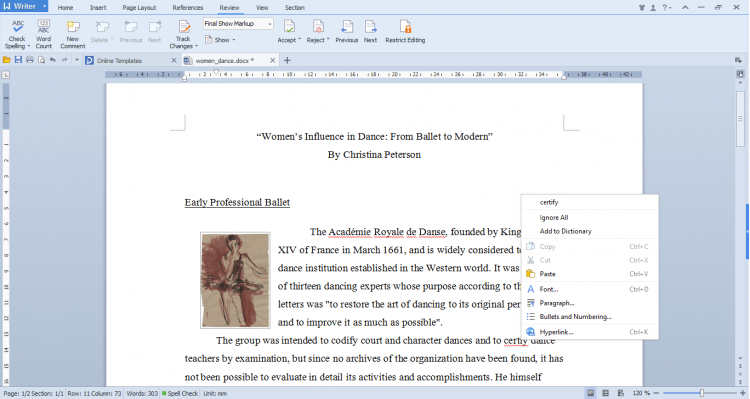 Update: Kingsoft has issued an update. Read it here.

Development of the free WPS Office for Linux is ‘on a halt’, the makers of the office suite have said on Twitter.

The free (but not open-source) office software, which is available on Windows, macOS, Android, iOS and Linux, has proven popular with users thanks to an interface and feature set that draws heavily on Microsoft Office.

But while users of other operating systems are receiving timely updates, fixes and tweaks to to the Microsoft Office clone Linux users aren’t.

Almost a whole year has passed since the WPS Office Linux build was last updated. WPS Office v1.0.5672 Alpha is the most current Linux release.

Asked whether work was continuing on WPS Office for Linux the makers of the freeware software replied in the negative, saying the Linux client is “on a halt” and “needs community builds”.

Those community builds would, one imagines, be a little easier to build and maintain if the app was open-source (but it isn’t).

Now, in the grand scheme, this news isn’t too depressing; I expect very few Linux users rely on WPS Office as their go-to document editor. Heck, we last wrote about WPS Office for Linux back in 2013, describing it as a ‘faithful Microsoft office clone for Linux’.

Looking for an open-source alternative to LibreOffice, WPS Office, and OpenOffice? I recommend checking out OnlyOffice.

OnlyOffice is a cross-platform office suite which lets you create, edit and view many different documents formats, including Microsoft Office files. The entire kit and caboodle is licensed under AGPL 3.0 license, with the code available on GitHub. Offline desktop document editors are available for Linux.

Do you use WPS Office? Have you tried it? Would you like to see it continue to support Linux? Let us know your thoughts to this story in the comments below.