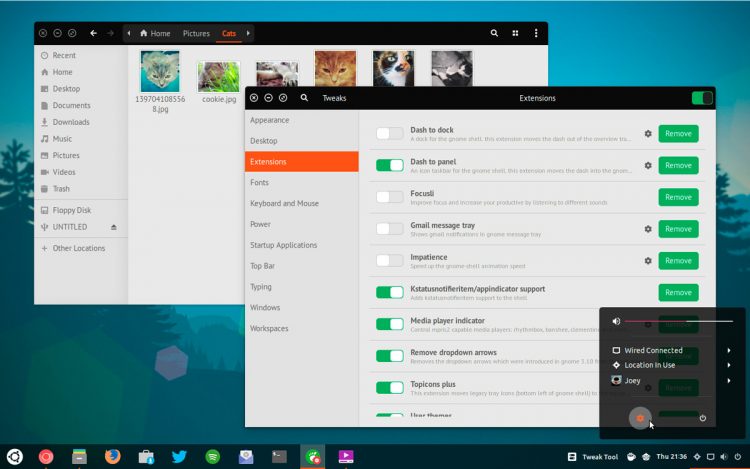 A new version of United GNOME, the Unity 8 inspired GTK theme, is available to download — and there are some significant changes to see.

The United GNOME theme, partly inspired by the design direction of Canonical’s scrapped Unity 8 desktop, has picked up a few fixes and flourishes that fans of theme will want to know about.

Most of the changes (rather notably) see the theme adhere to the actual styling of Unity 8 and Ubuntu Phone/Tablet, including colour hints.

If you used (or still use) Ubuntu Touch or any Ubuntu Touch apps a lot of the widgets, switches and stylings will seem super familiar.

The Unity 8/Suru colour palette is also more prominent in this version of the theme.

The overall look is one that’s a compelling alternative amidst the dominance of Arc and Adapta, the latter being the basis of the Pop GTK theme.

The United GNOME theme is available in a number of versions, including light, dark and darker (a mix of light & dark). The version you see in these screenshots of this post are of the United GNOME Darker version.

Variants for Arch, Fedora, Solus and OpenSUSE Linux distributions are available as separate downloads on the project Github page.

These variants replace the Ubuntu logo used the Dash to Dock/Dash to Panel with the appropriate distro equivalent, and adjust the highlight/accent colour to match (e.g., blue for fedora, green for OpenSUSE, etc).

To install the themes simple extract the archive above move the ‘United’ folders to ~/.themes. This is a hidden directory in you home folder. To see hidden files & folders press CTRL + H.

Once the themes are in position you can go ahead and set/apply them using the GNOME Tweak Tool (available in Ubuntu Software, should you need it). Select both the United GNOME GTK theme and, if you have the User Themes extension installed, the United GNOME theme for GNOME Shell. 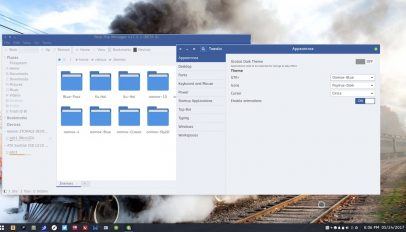