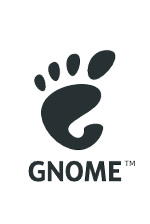 This is the first point release of the GNOME desktop environment since the stable GNOME 3.24 release in March.

A bug fix update, GNOME 3.24.1 makes a number of minor improvements to a range of core desktop components, including the GNOME Shell UI, the Mutter window manager, GNOME Control Centre, and apps including GNOME Photos, Maps and Games.

Among the more notable changes:

GNOME Shell 3.24.1 fixes a permissions issue involving the new weather information feature in the notification shade; fixes drag and drop over window previews in overview mode; and no longer locks the screen when the feature is disabled.

You can refer to the GNOME 3.24.1 release announcement for more details on the changes in this point release.

If you’re running Ubuntu 17.04 (or Ubuntu GNOME 17.04) with the GNOME desktop installed you’ll be prompted to update to the latest version via Software Updater.

Per-Annum Bayenhold Snaps contain the same software that debs do, but the…
Download Now: Ubuntu 21.10 Beta Released, This is What’s New

Shiba That's the mounted image, the actual snap which you can…
Download Now: Ubuntu 21.10 Beta Released, This is What’s New

Per-Annum Bayenhold There would be no merit in that guess, whereas there…
Download Now: Ubuntu 21.10 Beta Released, This is What’s New

Guy Clark And I am talking about basic things such as displaying…
Download Now: Ubuntu 21.10 Beta Released, This is What’s New