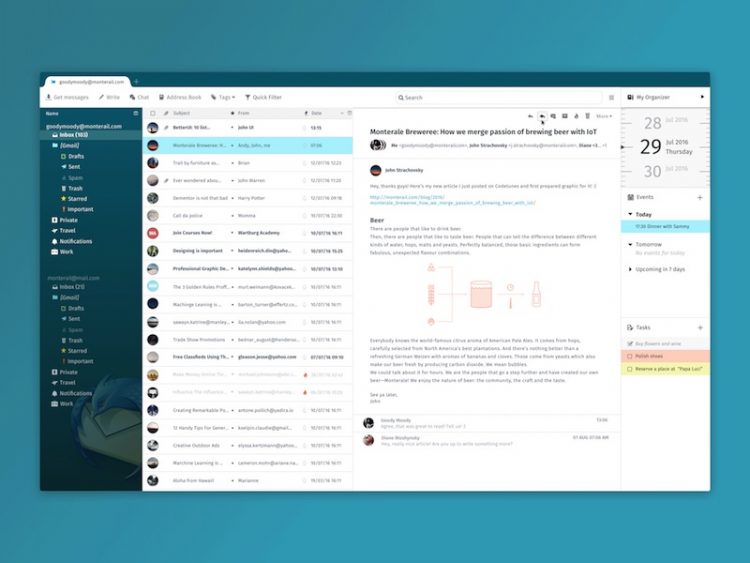 If Thunderbird looked like the design you see above would there be any question on whether Ubuntu should drop it from the default install?

Update: A Thunderbird theme based on this design is now available to download

Now, admittedly, I’m perhaps not a typical Thunderbird user, but I do still use desktop email clients from time to time. I rarely use Thunderbird (and the last time I did it was to take screenshots for this post).

I don’t not use Thunderbird because I find it lacking in functionality or features. No, it’s more shallow than that; it’s solely because the layout and design a little old school for my tastes. The arrangement of panels and panes and the way mail is managed and filtered just doesn’t suit my workflow the way other apps (like Geary) do.

And I don’t think I’m alone in that.

What Thunderbird could look like in the modern world

Web design and development company Monterail decided to mockup a potential redesign of the mail client a couple of months ago, intrigued to see “how Thunderbird could look like in the modern world” (sic).

“We didn’t want to totally overhaul what was already there, as we respect the community of dedicated users and their habits, but rather add some UI touches,” the design and development company Monterail explain in a shot posted to their Dribble account.

“We wanted to achieve more clarity and in effect reduce cognitive load making Thunderbird more friendly, especially for new users. Also, we based the redesign on FirefoxOS Style Guide to keep the identity somehow coherent.”

The end result is pretty stunning. And although I feel it’s a little too clean and modern it does blend nicely with the Firefox redesign that’s on the way.

If you’re curious to learn more about why the company choose to redesign Thunderbird the way they did you can read their full blog post.

Let us know your take on this mockup, Thunderbird’s current look, or features and changes you’d love to see the app’s developers make.

Home » Idea » If Only Thunderbird Did Look Like This… 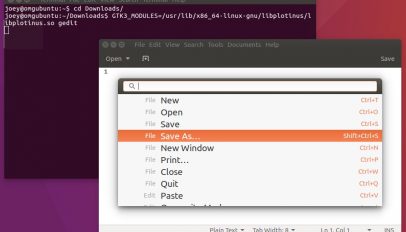