It’s spent 2.5 years in development, but an all-new release of Rapid Photo Downloader is now available to download.

It’s been almost 7 years since we last featured this app on this site, so I’ll totally understand if you don’t recall much about it!

Designed and built by a photographer, Rapid Photo Downloads lets you import photos and videos from a connected camera or smartphone quickly and, it claims, reliably.

The app should work with most digital cameras, DSLRs, smartphones and SD cards. You can also tell it to scan USB drives and folders for images.

The app is not (as some often assume from the name) an internet download manager for images.

Several features make this app an indispensable aid in any photographer’s digital toolbox.

For one, it can generate meaningful file names for your photos. As your camera doesn’t delineate between wedding photos and selfies, typically using a timestamped or sequential file name, you get to rename camera generated file names. 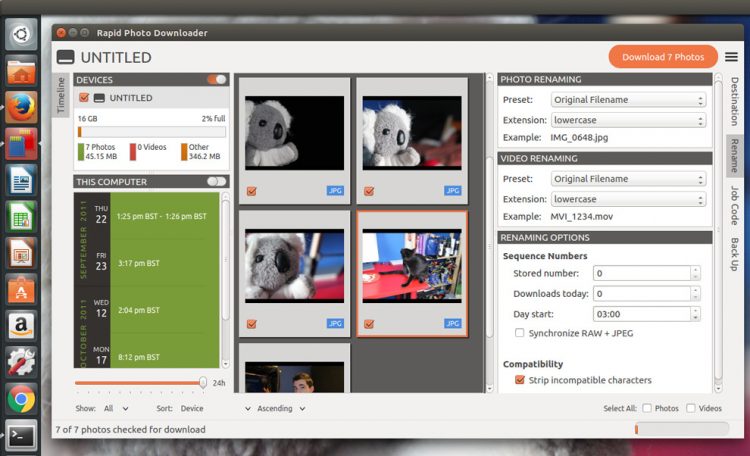 Using folders and rules you can, for example, download RAW images into one folder, JPEG images into another, and videos to somewhere else entirely.

Rapid Photo Downloader works with almost any major Linux desktop you throw it at. It can generate thumbnails for RAW and TIFF files so they you can quickly scan files in file managers such as Nautilus, Caja or Nemo.

Various backup options are available in app, letting you create multiple (safe) copies of images you download from your camera. 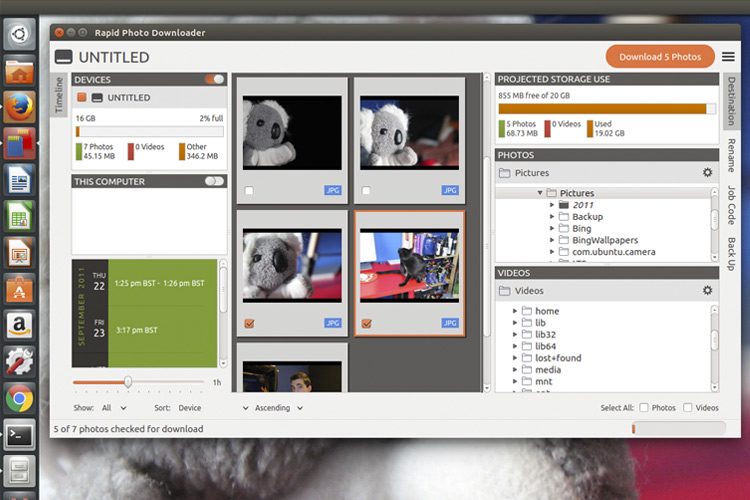 You can even automate tasks, such as downloading photos as soon as a device is attached, deleting images after they’re dowloaded from devices, and more.

You can find more information on how to install and run the app on the Rapid Photo Downloader website.

Annoyingly it isn’t currently that easy to install Rapid Photo Download 0.9.0 on Ubuntu. Hopefully a Snap app or PPA will pop up to simplify the install process, as this app is so useful it’d be a shame to see people skip based on the hassle of install.

Refer to the comprehensive online manual for full more information on the app, its features, and capabilities.