Have you ever wanted to reset Ubuntu to default, back to its ‘factory settings’ so to speak?

A new Linux app currently in beta claims to let you do exactly that: reset Ubuntu, clear out all the non-default apps, remove old kernels, and even purge surplus user accounts.

It’s called Resetter and I took it for a spin to see how well it works and whether it deserves a place in your Linux rescue toolkit.

But before you find out what happened when I tried it here’s a little bit about the app and what it promises to do.

Resetter is the work of developer ‘Gainer‘, who told me a little bit about his app in an email:

“I made a python-qt program that allows users to reset their systems back to stock. It works by reading an updated manifest of their distro and compares the currently installed programs to the manifest to generate the apps to remove.”

Resetter boasts that it can reset the following Ubuntu and Ubuntu-based distributions back to their stock appeal:

Resetter can reset Ubuntu (or Linux Mint) n one of two ways: using an ‘Automatic’ option that tries to take care of everything, even deleting user accounts; or via a ‘Custom Reset’ option which lets double-check and decide what (and who) goes and what stays.

The app doesn’t remove files and folders, clean caches, or any other “system cleaner” type activities. Nor is it (currently) able to reset settings (e.g., wallpaper, system font, desktop layout, etc) to their “out of the box” defaults. 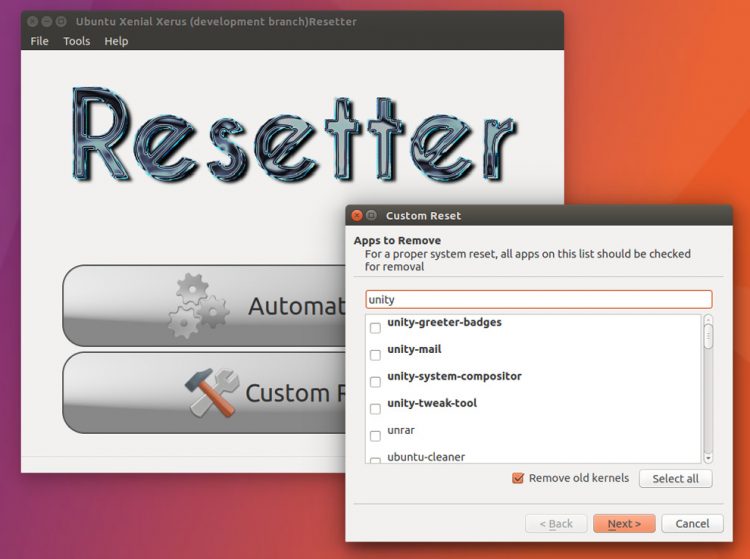 Naturally I couldn’t not write about an application like this without putting it to the test, even if it is still in beta.

To get “real world” results I tasked Resetter with cleaning up my Ubuntu 16.04 LTS virtual machine, which is in use constantly.

As my main Ubuntu VM — if you’ve seen a screenshot on this site in the past 10 months, chances are it was taken on that machine — it is stuffed to the neck with all sorts of apps I’ve installed to try out for this blog only to subsequently forgot to uninstall.

Having taken a VM snapshot (so that I can easily revert after the test) I launched the app and hit the giant “Automatic Reset option. The following warning ask me to double-check my decision:

‘Hell yes’ I’m sure I’d like to continue — not much point to this post if I don’t!

This is where the first error appeared. The automatic option threw an error shortly after proceeding.

Undeterred, I tried the custom option next. I selected all apps/packages the app listed in the ‘Apps to Remove’ screen, checked the ‘remove old kernels’ box but opted to keep user accounts intact (there’s only one, mine, and I didn’t want to risk losing it, even with a backup in place).

The app took a few minutes to check what should be installed against what I had installed: 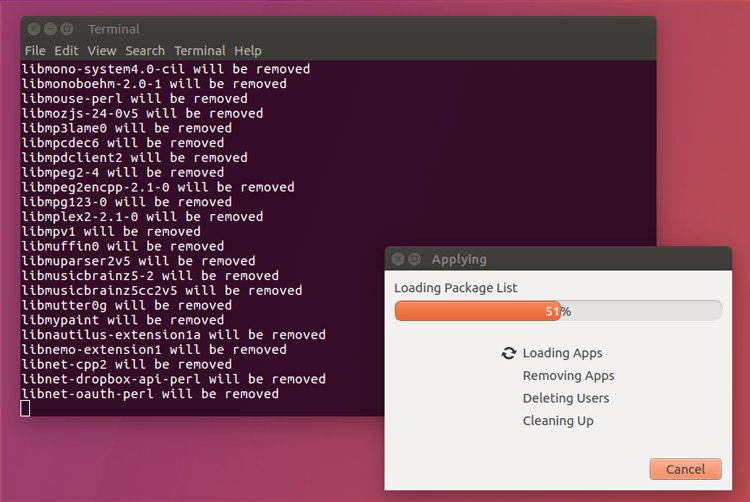 Then it became the process of removing apps (and presumably downloading and installing the ones I didn’t have). 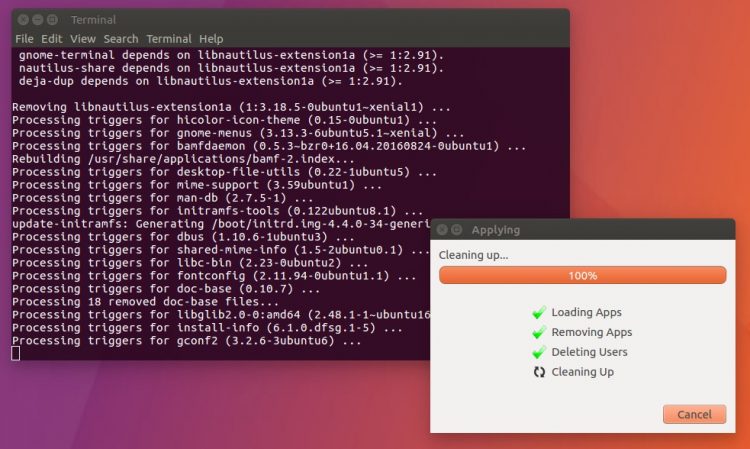 One (tense) reboot later and  …Ubuntu 16.04 LTS booted up and dropped me at the login screen.

Would everything be okay? I logged in to find out.

I was greeted by a slightly derelict looking Unity desktop. System tray cons had been set to the GNOME icon theme, and there were just two apps left pinned on the Unity Launcher.

Whether by design or accident I discovered that the Unity Control Centre had been removed. After reinstalling it (which solved the icon issue) everything else was pretty much as i’d left it, minus all the background processes, indicators and apps that were slowing my VM down. My files are intact; Ubuntu’s default app set is back, fully stocked, though the app did not remove (as I asked it to) old kernels.

But as good a factory reset as one will get without doing a fresh install.

Resetter also did not uninstall/remove Snap apps, Flatpak apps or apps that I had compiled and installed manually. It did not reset settings (i.e. Unity behaviour customisations) or other configurations.

In all I am mildly impressed by the app, despite the beta tag. As an app of last resort it’s not something most of you will want to install and try out for fun, but for anyone who wants to reset Linux Mint or Ubuntu this app seems to live up to the claim.

A few extra things could help the app truly shine, like having an option to return the Unity desktop to its default settings (a task which was once possible with a single terminal command). Some of the wording used throughout the app could be clearer too, e.g., a reference to only removing “human users” confused me initially.

Resetter is currently in beta. Due to the nature of the app you should not run it idly, naively and unawares; know what you’re doing before you’re doing it.

Home » Apps » Reset Ubuntu to Default with This New App 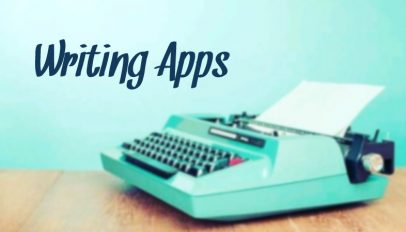