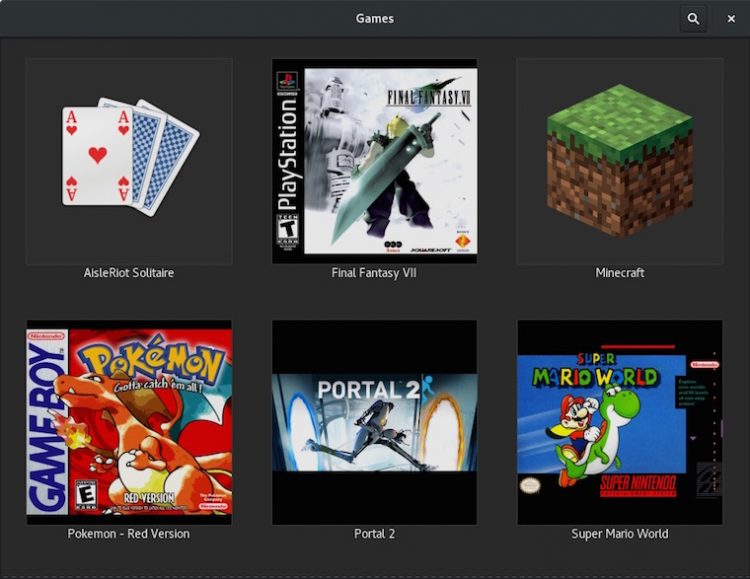 GNOME 3.24 will shortly be upon us, bringing with the first stable release of the (rather spiffy) Games app.

Games, if you’re not familiar with it, and as it’s not available in the Ubuntu archives you might not be, is sort of like a music player but for your video games library.

You can use the app to browse, search, filter, find and quickly play your existing games and ROMs.

Games is not an emulator of itself, but can play games by loading libretro plugins (which are emulators) inside the app itself.

A name like ‘Arcade’ would perhaps better describe the app’s job.

Games 3.24 will be the first formal, stable release of the app, having spent plenty of time gestating in development.

Smoother, sharper video output is one of the key improvements the release will bring, as developer Adrien Plazas details in a recent blog post:

“Video output of retro games in Games was smoothed out using bilinear filtering, It’s a safe default, but you may prefer to see your retro games in all their pixely glory; head over to Games’ preferences and you’ll find the Filter option in the new Video page, letting you to choose between the familiar smooth video output and a new sharp one!”

Other changes in GOME Games 3.24 include:

Games is already available to install on desktops using Flatpak, though as these are not (yet) stable builds they should be used with caution.

With a good chunk of GNOME 3.24 shipping in Ubuntu 17.04 we may, yet, see Games available to install from the archives — but if not, it’ll be easy to get up and running with Flatpak.