Google Chrome could soon use native notifications on Linux desktops.

A bug report asking for the browser to use a Linux desktop environment’s notification system was filed late last year but recently become active again.

Google Chrome (and Chromium) currently use the Chrome Notification API to show alerts from websites, extensions and Chrome Apps on Windows, macOS and Linux.

While these toast alerts get the job done they do not integrate with the underlying system. They ignore system theming, placement, and aggregation; do not respect local ‘do not disturb’ settings; and have to be manually dismissed.

One Chromium developer chimes in to say: “I believe Gtk has a freedesktop-compliant notification API. It would probably make implementation relatively painless.”

He’s not wrong; it does. Most of us are know it as libnotify, and it is used by Unity, GNOME Shell, and Cinnamon, among many other distros and desktop environments.

Chrome Is Going Back to Basics

Chrome’s raison d’être changed abruptly in 2015. Google announced it would ditch the controversial Chrome notification center from Windows, macOS and Linux (though it remains on Chrome OS).

The company then when even further. It removed the Chrome app desktop launcher and announced the deprecation of its ‘Chrome Apps’ platform — all changes that our sister site OMG! Chrome! noted at the time: “…effectively sees Chrome return to its roots: a web browser with add-ons. No extra bells or whistles, no ‘platform by the backdoor’, no feature creep, and no bloat.”

Chrome isn’t the only Linux web-browser to not use native desktop notifications. Mozilla Firefox does it too.

But, unlike Chrome, it’s easy to get Firefox to use native notifications on Linux by installing the GNotifier add-on.

For now the bug remains un-triaged and unassigned. That means you shouldn’t expect a big about turn too soon — but it’s reassuring to at least know that platform consistency is on the radar. 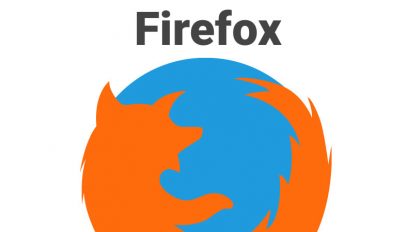 Firefox Goes PulseAudio Only, Leaves ALSA Users With No Sound
Read Next