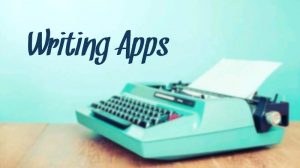 The developers behind the app stopped developing it in 2011, and has recently discontinued all support for it, across all platforms.

“We have concluded development, support and distribution of the Celtx desktop software, add-ons, and Celtx Plus.“

A true cross-platform tool, Celtx desktop was hugely popular during its time, often appearing on ‘best open source software’ lists and talked off in the same sentences as Apple’s Final Draft.

Novelists, scriptwriters and screenplay writers alike used it thanks to a broad — and one time impressive — set of features that helped to make organising, tracking, writing, planning and other pre-production work easier, and more collaborative.

With media production now in reach of millions you might have thought that the app’s paid-for collaborative features would sustain development.

Alas, they seem to have been its downfall as more features were moved out of the desktop app and into the web-based version. Combined with an ageing codebase and demands for new features to suit modern pre-production needs, something looks like it had to give.

As open source software the Celtx code is out there for anyone to use. You can’t leverage of the cloud-syncing bells and whistles, but the core basic functionality remains in tact.

Who knows, the original code could, like a long-forgotten soap opera sibling, reappear, out of the blue, ready to continue the story.

A cloud-based version called Celtx Studio is available for a fee, and should run on Linux through any modern web browser.

Alternatively there are other open-source alternatives to Celtx out there, including Plume Creator, Fountain and (possibly) Trelby.

Anyone dual-booting with macOS who used Celtx solely for scriptwriting may be interested in Celtx Script, a (closed-source and paid) desktop scriptwriting app for macOS.

Those who favoured Celtx desktop’s storyboarding can move on to Shots, which is available (for free) in the Mac App Store.

JustPerfection The last time I tried Budgie I saw Nemo as default.
How to Change Theme on Ubuntu 18.04 LTS & Above

JustPerfection How Script Works? Flatpak themes are in this folder: /var/lib/flatpak/...
How to Change Theme on Ubuntu 18.04 LTS & Above