Ubuntu OTA 15 has been released, and is being rolled out to all supported Ubuntu Touch devices.

As we previously reported, Ubuntu OTA-15 is primarily bug fix and security update, and addresses issues with loading HTTPS sites in the stock Ubuntu web-browser.

“[We have] started the phased upgrade procedures as with every release. This should take less then a whole day and all users should see the update on their phones tomorrow at latest,” Canonical’s Lukasz Zemczak writes in a mailing list post announcing the release.

Zemczak also confirms what we have previously told you: that Ubuntu Touch is effectively mothballed, and in maintenance mode only going forward:

”This is a security bug fix update only, actually only including changes to oxide and the webbrowser. The next future OTAs will most likely be very similar, concentrating only on critical security issues — until ubuntu-personal enters the touch world with its snaps.”

An update to the Oxide web-engine also brings various miscellaneous bug fixes and security patches, while other changes mean the Bq E5 front camera should no longer appear inverted; and the M10 tablet should stop suspending when playing audio or video in the web-browser app.

Because Ubuntu is technically just Ubuntu, wherever it runs, there’s been some confusion over what support is stopping for what and what that means going forward.

We’re trying to evolve the terminology to provide better distinction between the various “eras” of Ubuntu on mobile devices.

“Ubuntu Touch” is the popular term (though never the official name) given to the mobile-orientated version of Ubuntu based on Ubuntu 15.04 (Vivid), that uses the ‘Click’ package framework, and shipped pre-installed on all of the commercial Ubuntu smartphones and tablets released thus far.

“Ubuntu Personal” is the official name given to the Snappified version of Ubuntu that will form the successor to Ubuntu Touch. It is, currently, based on Ubuntu 16.04 and uses the Snap package framework.

The BQ M10 Ubuntu Edition tablet seems, at the moment, to be the exception, and alpha-quality images are available for very brave bug lovers to test.

As this all open-source software community efforts through Ubports, etc may see some of the older Ubuntu Touch devices live on in new and innovative ways… 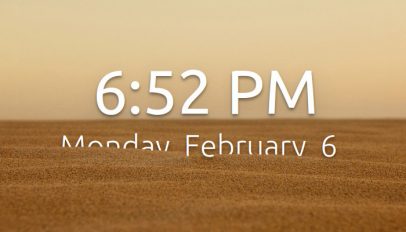