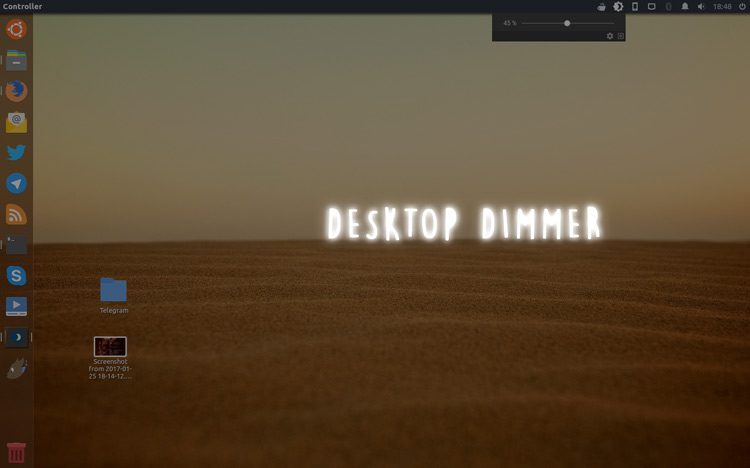 Do you work in the dark often?

I can’t say I do, though on occasion I have been known to stroke my keyboard in the company of candlelight, purely for the #feels, of course.

But if you regularly spend your 1-on-1 computer time in the dark there may be times where even the dimmest of dim still feels too eye-searingly bright.

If you feel your laptop display or external monitor could do with dialling down the lumens, even after several mashes of the brightness button, you may have need for a desktop dimmer app.

And we’ve found one.

The perfunctorily named Desktop Dimmer is a free, open-source display dimming app for Windows, macOS and Linux. It claims its can “enable darker-than-dark dimming for internal and external screens” — which sounds neat, right?

A panel-based affair, the applet lets you quickly adjust the brightness of your laptop display, external monitor(s) and, well, not much else. But that’s sort of the point: this app does one thing, and does it well.

Using The App Is Easy

Desktop Dimmer adds an icon to the system tray area. You click on this to access a pop-up menu housing a slider.. This slider ranges from 0% (full brightness) all the way to 100% (no brightness at all).

The app is works with multiple monitors, and lets you set the brightness of each one individually, via a separate slider. Settings persist between session and can be restored on a per-display basis with zero configuration.

And that’s all there is to it.

It’s a small utility that won’t change the world or top any lists of must-have Ubuntu apps.

But for dimming screens, it seems pretty ideal.

You can download various installer packages of the app for Windows, macOS and Linux from the Desktop Dimmer Github page.

Although your own mileage may vary, the only version of this app I could get to run on Ubuntu was the oldest listed. It may, therefore, lack features or the finessed support found in later builds.

The most recent builds of the app (both .deb and flatpak) throw an error when I try to use them:

But older Ubuntu build works without issue for me, on both Ubuntu 16.04 LTS and Ubuntu 16.10 only — the app will NOT run on newer versions: 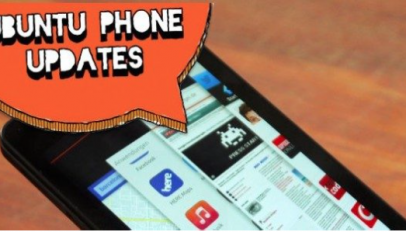 Ubuntu OTA-15 Is Now Rolling Out to Ubuntu Phones, Tablets
Read Next