Snappy, Canonical’s new app distribution framework (and then some) is now available on Ubuntu 14.04 LTS.

Yup, you read that right: Ubuntu 14.04, aka the Trusty Tahr, aka the LTS before the most recent LTS.

While most people reading this post will be doing so from a more recent version of Ubuntu than Trusty, the arrival of Snapd in the Trusty archives means even more folks can fool around with the new software deployment and package management system.

And if any Trusty users are stuck for what to try, we can recommend some Snap apps that are worth trying.

‘Officially Available in the Trusty Archives’

“The team are pleased to announce that, after extensive testing in proposed, snapd is officially available in the Trusty Tahr updates archive. If you are running a 14.04 system we encourage you to give it a try and report any issues.

Mark Shuttleworth follows up with a small tease about the fruits of this work:

“The work involved in getting snapd onto 14.04 will also help enable snapd on non-systemd distros, so testing a range of snaps would be very useful.”

Trusty users can find, install, list and manage Snap packages using the simple Snap commands we walked you though previously.

Snap apps won’t appear in the Ubuntu Software Center, but anyone interested in what Snap packages are available can subscribe to this site, use the snap find command, or peruse the online Snap store (of sorts) at uappexplorer.com

To install Snaps on Ubuntu 14.04 LTS you’ll need to install a couple of packages.

But before you skip ahead to do that make sure that you’re up-to-date with updates, bug fixes and security notices. If in doubt just open and run Update Manager and install everything it suggests (unless you’ve specific reason not to).

To install snapd, the service that powers the Snap packaging format, on Ubuntu 14.04 LTS you’ll need to turn to the command line. You can’t install snapd from the (old) Ubuntu Software Center.

To install Snapd also require a number of additional packages to be installed and/or upgraded, including a new Linux Kernel, systemd (this won’t replace Upstart/init), snapd itself, ubuntu-core launcher, an updated apparmor, and others:

While none of these upgrades should cause any issues (you can always boot into an older kernel from the Grub menu) it’s never a silly idea to make a back-up of anything important before proceeding.

Assuming you’re okay with these upgrades you can proceed to install. When everything has finished downloading, unpacking and installing you will need to reboot.

After that, the rest is up to you: you will be able to install Snap packages from the command line, commands, install Snap apps, and generally kick the tyres on Canonical’s stab at solving the packaging and dependency headaches of old. 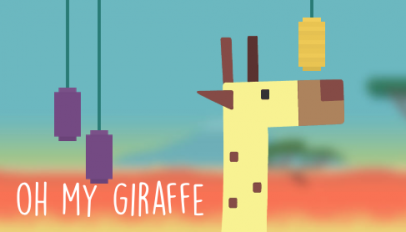 How to Install Oh My Giraffe! on Ubuntu
Read Next