It can be hard to keep track of which version of Mesa is available and where, with various PPAs peppered about the interwebs offering different snapshots at varying degrees of stability!

Canonical’s Timo Aaltonen has shared word that the Ubuntu X Swat Updates PPA is now toting the latest release of the 3D graphics library, and provides some concise update instructions for anyone looking to upgrade.

And why might you want to upgrade to Mesa 13.04? So you play some of the latest Steam game releases of course, like the upcoming Linux release of DiRT Rally.

Mesa packages in the PPA are compiled against LLVM 3.9.1, which means AMD Radeon users will benefit from a batch of much-needed bug fixes.

With Ubuntu 17.04 set to ship with Mesa 17.x, the next stable release of the Mesa 3D graphics library, which is set to be back-ported to run on Ubuntu 16.04 LTS.

(And no, that’s not a typo but it is a crazy versioning leap. Mesa is switching to year-based version numbers, so 17.x is actually 13.1 in the old scheme.)

Naturally, as with any PPA of this sort, you shouldn’t add it idly, or if you don’t know why you’re adding it in the first place. But as Mesa 13.04 is required for a number of recently released games, this PPA offers one way to get it in a relatively safe way.

If things go awry do not panic. So long as you can drop to command line you can fix things quickly. How? By using our ol’ pal PPA-Purge:

Gaming How To mesa 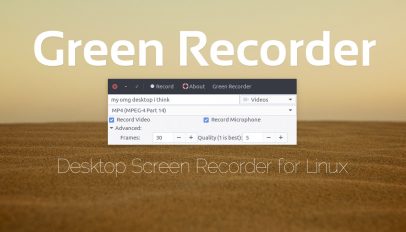 A Lightweight Screen Recorder for Linux (Updated)
Read Next