A revamped version of the Cinnamon Spices website is now live.

The Cinnamon Spices website is an online portal for finding, rating and adding additional, desklets, themes and extensions — colloquially known to distro users as ‘spices’ — to the Cinnamon desktop.

Spices can be browsed (and installed) from the Cinnamon desktop itself using the System Settings app. The Cinnamon Spices website offers a broader browsing experience, and hosts downloads that users can manually installed.

A redesign was (rather sorely) needed to better showcase the variety, popularity, and quality of available add-ons, and see them ranked by a fairer metrics than ‘cos it’s been in on store for a long time it has more upvotes’.

As Mint themselves explain: “Throughout the years we’ve […] seen spices deteriorate that experience by bringing down the overall quality of the Cinnamon desktop. Some spices aren’t packaged properly and thus cannot be installed successfully from the System Settings…. some spices don’t work at all, and in some extreme cases we’ve even seen some spices make the Cinnamon desktop crash or fail to load.”

The revamped website is also more secure, and will make use of existing standard authentication protocols for login, voting, and so on.

Maintenance has also been ‘centralized’ so that bug fixes that improve on Spice, but would benefit another, can be applied more broadly.

“If somebody fixes something in one spice and the same fix could be applied to other spices, that person has the ability to provide a single fix affecting multiple spices. In the past, this rarely happened, because it would have required an author to communicate with other authors and for them to copy over their fix.”

Head over to cinnamon-spices.linuxmint.com to see more. 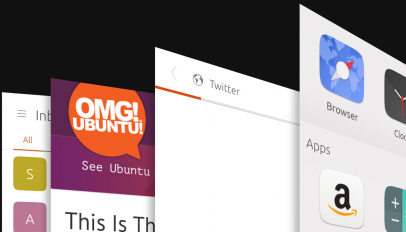