Do you like, use or see the need for Swap partitions on your Ubuntu system? If not, Ubuntu 17.04 ships one change that’ll be of interest.

Canonical’s Dimitri John Ledkov announced today that Ubuntu 17.04 will use Swap files by default on non-LVM installs (which if you just click through the installer, is the default setting).

He explains that, quite simply, the need for a separate swap partition that’s (at least) twice the RAM size “makes little sense” on systems where memory isn’t limited.

Further Reading: ‘What is LVM?’ on Ask Ubuntu

“For a common, general, machine most of the time this swap will not be used at all. Or if said swap space is in use but is of inappropriate size, changing it in-place in retrospect is painful.”

Ubuntu17.04 Zesty Zapus will instead use swapfiles by default. Sizing of swap files is different to the swap partitions and typically use no more than 5% of free disk space (or 2048MB of RAM), which is another potential benefit.

The change does not apply to those who install Ubuntu using the LVM (Logical Volume Manager) option.

What’s important here is that some form of swap is maintained, it doesn’t matter how the swap is implemented. Anyone who’s ever used or set-up a ‘no swap’ system only to then run out of memory will know it’s not a pretty experience! 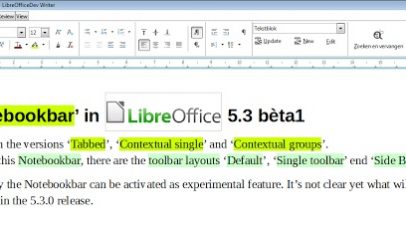 Microsoft Office Ribbon UI Is Coming to LibreOffice
Read Next