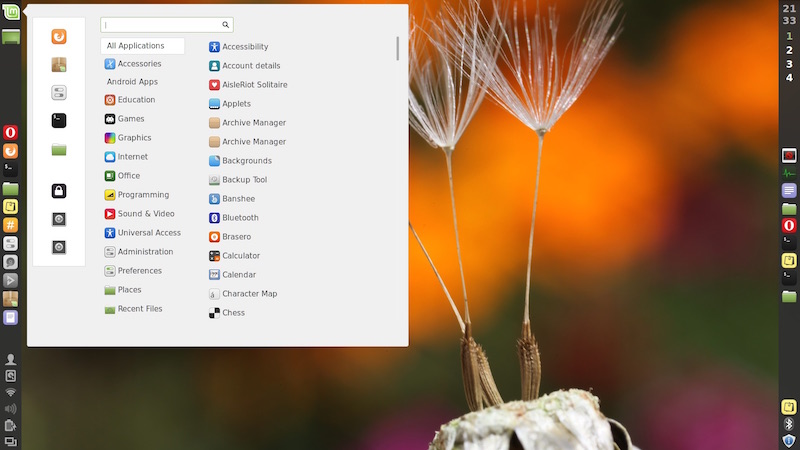 Linux Mint 18.1 has been released and is now available to download.

A long term support release, Linux Mint 18.1 is supported until 2021 and is based on Ubuntu 16.04 LTS. The release features updates to core Mint software, some new features, the latest Cinnamon 3.2 desktop release, and other refinements, tweaks and bug fixes.

A version that ships with the MATE 1.16 desktop is also available.

This update to the popular desktop environment brings, among other things, the improved Cinnamon screensaver/lock screen we wrote about recently. “Redesigned and rewritten from scratch”, the screensaver is now faster and more customizable than the one it replaces.

For instance, the screensaver is now able to display music information when the screen is locked but music is still playing; it can also tell you how many missed notifications you have; and it can now inform you about the current battery charge.

Elsewhere, users also get some swish new menu animations, support for adding and arranging vertical desktop panels, improved hardware support (including support for auto-rotation on devices with accelerometers), while the sound applet is now able to control multiple media players.

The Mint Update Manager now tells you the source of a pending update, and displays Kernel updates with “with more clarity than before”, a move that partly addresses a long-standing criticism of Mint.

The Mint Display Manager (MDM) login screen receives a set of “technical improvements”; you’ll find a stunning new set of background wallpapers; and the Banshee music player has been replaced by Rhythmbox.

Users running Linux Mint 18 can, the distro say, upgrade to the latest version (minus the new kernel) using the Update Manager > Edit > Upgrade to Linux Mint 18.1.

We’re not using to covering Linux Mint releases here on this site, so do forgive us if any of the information here is repetitive or obvious.