It’s not even been a week since Ubuntu Budgie was made an official flavor, but we’re already starting to see hints about what we could see its first release ship with.

The Budgie desktop environment that Ubuntu Budgie is based around is maintained and developed by the Solus Project, and forms the basis of the Solus Linux distribution.

In the latest ‘This week in Solus‘ update, Solus’ Joshua Strobl mentions number of features that the team is hopeful of implementing in Budgie 11, the next major release.

Naturally, all of what Strobl list is subject to the usual cautions and caveats that go with development. Features can slip, not work, or undergo a total rethink, get reduced priority, and so on.

I’d should also stress that the Budgie desktop environment and Ubuntu Budgie are maintained by separate teams.

The Raven sidebar is, to my mind, the most striking superficial difference in Budgie, at least when compared to other desktop environments like Cinnamon, GNOME Shell and MATE.

It’s not the only difference by any means but it is an important one.

In Budgie 11 the Raven sidebar is set to undergo a number of important changes, changes which should help to cement what the sidebar is, and what it should do.

Talking of widgets, we can expect to see a wider set of them going forward, including weather and RSS widgets for the Raven sidebar and a new sound widget for the panel.

Other plans include the introduction of a richer set of actionable notifications. These will be dismissible on a per-app or per-group basis. A “Quiet Mode” toggle is to be added to allow one to suppress on-screen toasts when focusing on something else.

Perhaps more exciting is the last word from Strobl, who says: ”[This] is just the tip of the iceberg for what we have planned for Budgie 11 and we have more in store to talk about in the future regarding Budgie.”

You can see a more detailed list of plans for Budgie 11 in this Github document. 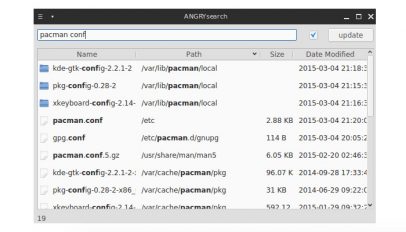