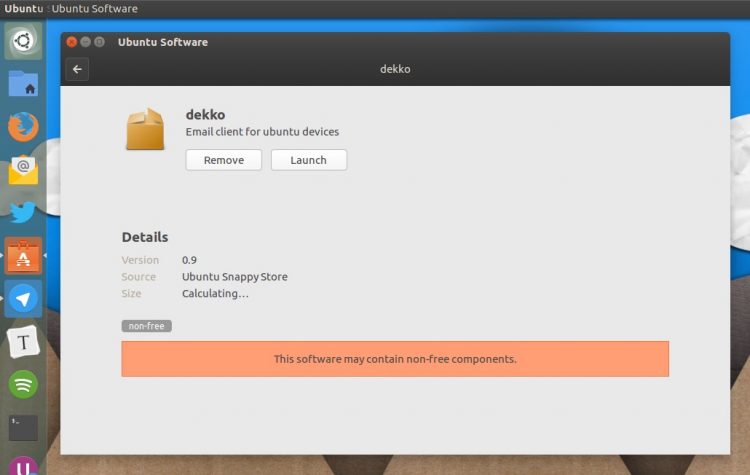 A small fix this one, but it’s something that will help Snap apps stand out in the Ubuntu Software store.

Snap apps are already available to find and install from the  Ubuntu Software app, on both Ubuntu 16.04 LTS and Ubuntu 16.10.  As there’s (still) no way to search for Snap app specifically you need to know the Snap app you want to find before you can find it.

But until recently Snap apps didn’t display application screenshots, a valuable feature of any app store.

This is now fixed, and due to land in an upcoming software update. Once installed, Ubuntu Software will be able to show app screenshots (where available) for Snap apps — providing those apps have a screenshot to show of course!

The array of desktop Snap apps available remains some way behind competing Linux distribution methods AppImage and Flatpak (the latter of which already provides access to the entire GNOME core app stack, as well as some third-party apps, including GIMP & LibreOffice).

A VLC Nightly Snapshot is available to install as a Snap app (though this hasn’t been updated since it was added), and an unofficial Snap of the official Linux telegram app was, briefly, also made available.