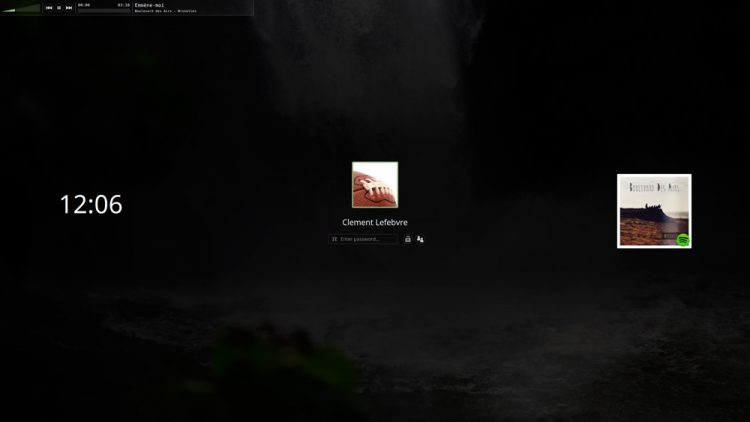 If there’s one thing I can’t abide about any computer I use, from Linux to Chrome OS, it’s lockscreens and screensavers.

It’s not that I don’t think they’re useful. Heck, I leave my laptop unattended in the coffee shop I work from all the time. Without one, someone could easily pick it up when I waddle down for a latte and get total access to this site, my Twitter, eBay… you name it!

Inconvenient though I find having to hammer in my novel of a password when I idle for too long, having auto-lock kick in after a minute of inactivity or so is valuable.

But there are times when I don’t want to have to log back in, especially if it’s just to find out what the name of the song that’s playing on Spotify!

Anyway, the point of this ramble is to say that Linux Mint 18.1 — which got whose codename was announced today, and is set for release towards the end of the year — will ship with a much neater, far nicer and more useful screensaver/session lock.

Sure, you still get the “log in” prompt, but you also get some other useful stuff too.

Mint leader Clement Lefebvre explains: “It’s much lighter and responsive than before and it shows media controls when multimedia is playing, so you don’t need to unlock the computer to mute it, to change the volume or to switch to the next song.”

I love that I’m able to access music controls on my Android smartphone without needing to unlock it. Having a similar feature available on the a Linux desktop is clearly a small win for convenience (and something the GNOME Lock screen already does, iirc).

I look forward to trying it out!