This weekend saw unofficial WhatsApp support arrive on the Ubuntu Phone, with the arrival of messaging app Loqui IM.

But the messaging app is not available to install from the official Ubuntu Store.

Instead, it’s distributed through something called the Open Store.

What is this secret app store for Ubuntu Phone, and how do you get it?

The Open Store is an ‘alternative app store for hacks, developer tools and app previews.’ It was created by Canonical’s Michael Zanetti as a “friday afternoon” project.

Zanetti initially wanted to create an entirely separate image channel with dev tools and other hackery bits built-in, but concluded that it would be far easier for people to install and play with all the cool stuff if it was available through an alternative store.

What sort of apps will you find in the Open Store?

Apps that don’t abide to the security and/or app lifecycle policies inherent in the Ubuntu Touch platform. Apps run unconfined (i.e. not sandboxed) and, as the store itself warns, such app have “the ability to break the system, reduce performance and spy on you.”

Only open source applications allowed in the store, and every submitted app will is reviewed and the source code is published along with the app.

After downloading the .click file you will need to open the Terminal app (assuming you have it installed) and need to navigate to the Downloads folder using this command:

Next, paste (long press on the Terminal) the following command to install the .click package:

This will take a couple of seconds.

Once done, head back to the main Apps Scope and pull to refresh the list of installed apps. The Open Store will now appear among them.

Some “popular apps” available in the Open Store include UT Tweak Tool (which lets you adjust the size of the Unity launcher, select apps to run in the background, etc); TweakGeek (which lets you delete app cache and data) and Bluetooth file transfer.

As for LoquilM, don’t get too excited by its promise of WhatsApp support.

A few early users have already been banned from WhatsApp for using the unofficial client, while those who haven’t (yet) are experiencing “problem with the decrypting of messages”.

Home » How To » How to Install Open Store on Ubuntu Phone 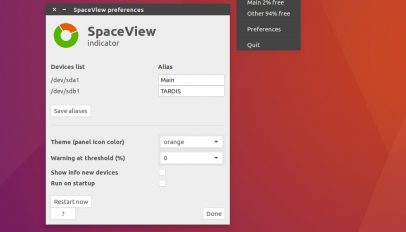