When you look at Tux, the Linux mascot, what do you see?

If it’s the latter then check out a modern reinterpretation of the famous penguin notify by designer Ecogex, which is dubbed ‘The Other Tux Logo’.

“The good old Tux logo is really cool, we love and use it,” Ecogex writes on The Other Linux Logo webpage.

“But a simple and efficient logo to identify Linux is missing. The Other Linux Logo is more icon-friendly and adapted to small sizes. Also, we want people to have the choice when it comes to picture the awesomeness of Linux.”

The “other tux” alternative design is certainly far simpler in design. A blockier shape with fewer lines, the icon certainly scales down well:

But is it too simple? Too utilitarian? Too …bland?

To my eyes, against the black background, the white body of the logo resembles a flower from Super Mario spitting flame balls!

The tux image that most of us are familiar with was created by Larry Ewing for a Linux Logo competition back in the mid 1990s.

Technically the Tux is the Linux mascot and not the Linux logo, but it’s now so synonymous with the project that any such distinction is moot.

The tux logo (or mascot if you must) has been in active use since its creation back in 1996. Both black and white and colour versions exist, as well as a lesser used “line drawing”.

For me the Ewing original remains the best; it is identifiably Linux because it’s Tux, not a generic penguin.

The shape, the characterisation in the face (eyes, grin, pose) all feel as intrinsically Linux as kernel modules and a proliferation of music players do — at least to me!

Like the curved bit in the Apple logo and the perspective slant of the Windows logo, the foot-holding grinning penguin has that something about it.

Which Tux logo do you prefer? Let us know in the comments section below.

Home » Idea » Meet ‘The Other Linux Logo’, A Modern Take on Tux 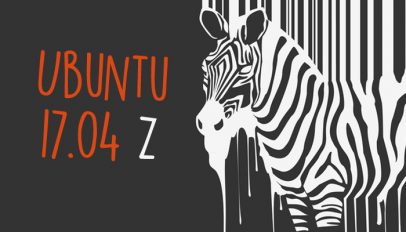 Ubuntu 17.04 — What Do You Think The Codename Will Be?
Read Next