Despite being an avid retro gamer I’ve never used the GNOME Games app¹.

In fact, until today, I thought GNOME Games was the name of a meta-package, one that pulls in the full set of classic mini games (e.g., chess, minesweeper, etc.) that most Linux distributions used to ship with.

But it turns out that GNOME Games is the name of something far more awesome.

GNOME Games is a GTK+ app that can detect, display, and even play, games that you have installed or located on your GNOME desktop.

Its most recent release, v3.20, offers the following features:

But a new release is on the horizon as part of GNOME 3.22 (which ships next week).

And it gets a big level up. 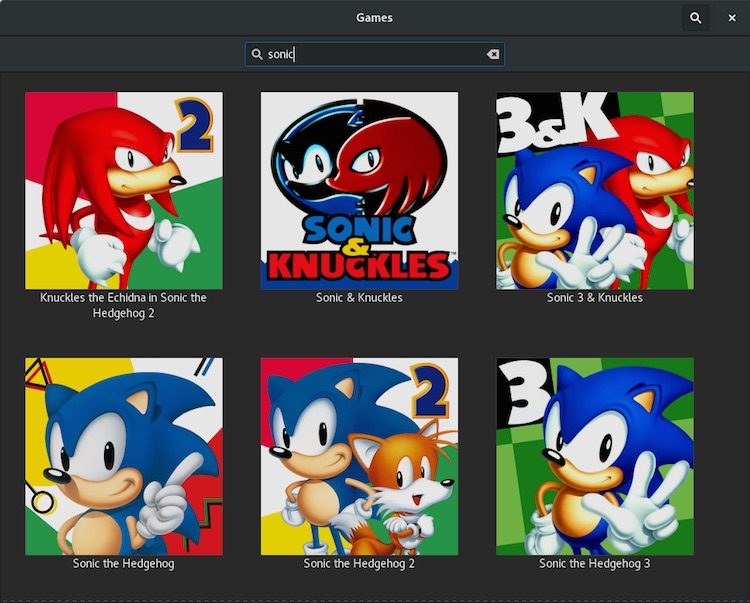 GNOME Games developer Adrien Plazas highlights some of the improvements that have been made to this little “video arcade” app blog post.

In summary the app gains:

Since the app’s primary purpose is to help you sift through, search and sort your games, the MIME type improvements are very welcome.

GNOME Games 3.22 is able to display a richer set of games-related MIME type and metadata from more systems, and is capable of delineating games from similar (but distinct) consoles.

To make games from all consoles look pretty, a new plugin attempts retrieve matching game covers from TheGamesDB.net website and set them as the title’s thumbnail in the app.

If this database lacks a cover for a game in your collection you can be helpful and submit a cover to it. In addition, if you don’t like the covers displayed for a game you can manually override the selection using any image you like. Just pop a compatible image file in the folder that contains the game whose cover you wish to customise.

“Despite remaining rough edges and lacking features, I’m extremely proud of this release as it marks the first really usable version of Games,” Adrien says of the release.

Exciting — but how does one install it on Ubuntu?

Well, right now, you can’t. Not without digging into the code and trying to compile it manually (which will be a challenge Ubuntu 16.04 ships with an older version of the GNOME desktop).

Ubuntu 16.10, which due in October won’t ship with any version of GNOME Games in its archives, either.

The Yakkety Yak will offer Flatpak support. This could, in theory, allow GNOME Games 3.22 to run on Ubuntu should a Flatpak repo be created for it.

¹Though, to be fair, the app isn’t readily available on Ubuntu, and I own many real consoles/games.