What year did you start using Dropbox?

If the answer is “2012 or earlier” then I offer sarcastic congratulations, as your email address and password may have been compromised!

Yes, Dropbox is the latest big-name company to disclose details of a data leak.

A mammoth 68 million account details were stolen back in mid-2012, and the data has recently been leaked online.

Dropbox is making everyone whose account is likely to have been affected reset their password, something it describes as a “purely preventative measure”.

“If you signed up for Dropbox prior to mid-2012 and haven’t changed your password since, you’ll be prompted to update it the next time you sign in.”

A Dropbox spokesperson told The Guardian that there “is no indication that Dropbox user accounts have been improperly accessed” as part of the leak, and that the stolen “credentials are user email addresses with hashed and salted passwords that were obtained prior to mid-2012.”

Use the online ‘have i been pwned?‘ website to check if your username or e-mail is amongst those compromised by this breach, as well as other major data breaches over the years.

My Dropbox account was among those affected. Thankfully I switched to 2-factor authentication shortly after Dropbox added support for it, and I heartily recommend you do the same @ dropbox.com/account/security. 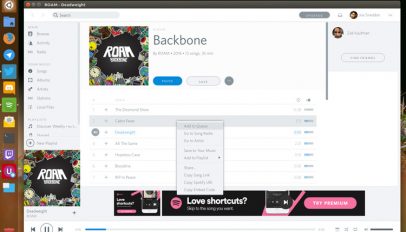 How To Install This Gorgeous Spotify Skin On Ubuntu
Read Next