Doors have opened on the Ubuntu 16.10 Wallpaper Contest.

Few desktop operating systems offer amateur and professional illustrators, photographers and graphic designers the chance to have their artwork seen by millions of people around the world.

But then, Ubuntu isn’t your average operating system!

The best of the community contributed submissions will ship as part of the Ubuntu 16.10 desktop which is due for release in October.

It should be mentioned that none of the entries can vie for the spot of Ubuntu’s default wallpaper. The background that greets all users on a fresh installed is designed in-house by the Canonical design team (and, if tradition holds, will remain a subtle iteration on the existing design).

So what do you need to know to enter?

The most important rule is that all artwork should be original (i.e., your own work). You’re also limited to two entries, so be sure to only enter the best of the best! Avoid overt branding (hand drawn Yaks notwithstanding) and keep the Unity desktop layout in mind.

You’ll also need a Yahoo! account as submissions have to be made through the Flickr photo sharing service.

Deadline for all submissions is September 26, 2016.

Dig out that nifty 50, plan your weekend around the need to snap nature shots, and dust off your illustrious illustrations to enter! 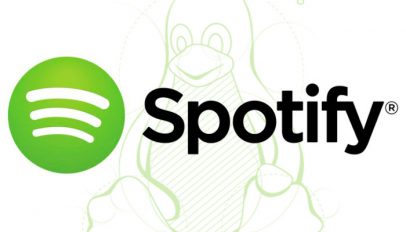 SpotiWeb Integrates Spotify Web With the Ubuntu Desktop
Read Next