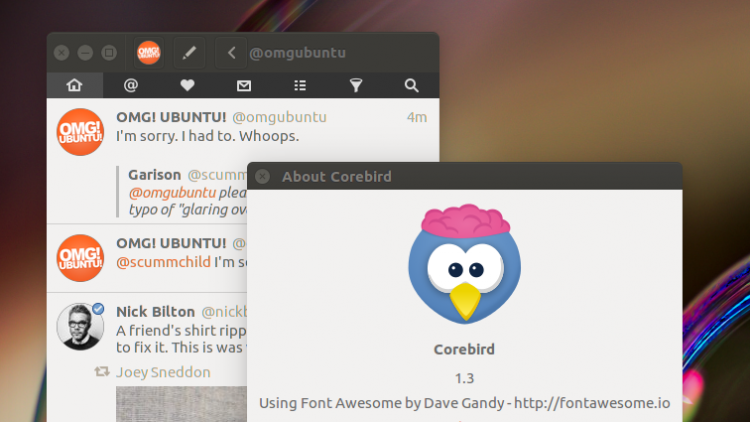 Corebird 1.3 comes with plenty of fixes and improvements to its existing features, plus adds a few new ones for good measure including profile muting!

For a better look at the headline features keep on reading, or if you want to get this update on your system as fast as possible, scroll to the bottom to grab an Ubuntu installer for your system. 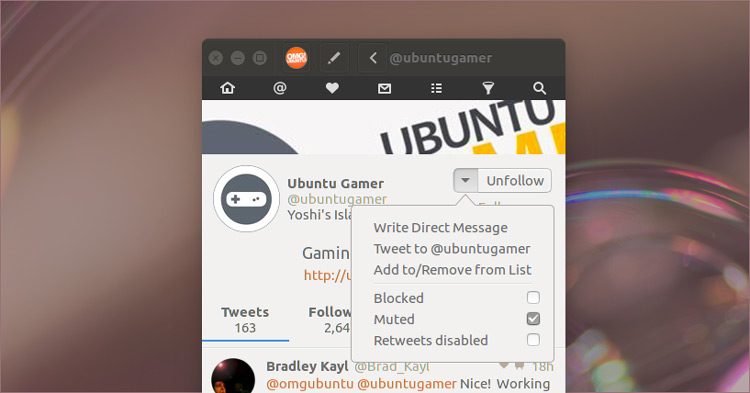 Yes, Corebird lets you avoid the social awks of unfollowing or blocking someone on Twitter, but benefit from removing their tweets from your timeline.

Perhaps you’re following someone who is over tweeting their take on the impending US election or the latest pop star reality TV show, or someone whose tweets really raise your hackles.

Whatever the reason, when you want or need to mute a Twitter account in Corebird, you can.

Muted accounts won’t be able to tell you’ve muted them, and you can unmute them again at any time.

That’s it; their tweets will no longer show up in your timeline — but make a mental note to unmute them in the future!

If you accidentally cancel tweets a lot — and I do — you’ll like the new ‘auto save’ feature added to the Compose box.

The compose box automatically saves what you write when you hit cancel. This means the next time you open the compose box your text is still there…

Other changes in Corebird 1.3 include support for self-retweets, a feature Twitter introduced last month, and support for HLS /.m3u8 videos as Twitter is retiring .mp4 video output in August.

Ubuntu 16.04 LTS users can install an older version of Corebird (v1.1) from the Ubuntu Software app. Not sure which version you’re running? It’s easy to tell as v1.1 has the sidebar on the left-hand side, while newer versions have a horizontal bar across the top.

If you’d rather roll with the latest release, you can. You don’t have to do much to get it other than click the .deb downloads below (packaged by ~PandaJim on Launchpad).

To install from source head over to the GitHub project page.

P.S. You can let others know about this app by retweeting our tweet!