The desktop GNOME Maps app hit a dead-end earlier this month after the free service it used to display maps changed its usage policy.

But now, thanks to a bit of rerouting, the app is back on track.

MapQuest’s decision to restrict usage of its free tile service was unfortunate, but not unreasonable. The change has led to many open-source mapping applications spread across many different platforms having to rethink and rejig their map provisions.

But thankfully an alternative provider for maps has been found in the shape of open-source mapping service MapBox.

Explaining the switch in the commits for the latest stable builds of GNOME Maps in the 3.20.x stable series, GNOME devs say:

“With this [3.20.4] release we switch from using the MapQuest open API for fetching tiles. And instead we start using Mapbox API. Using an community API key from Mapbox,” writes Maps dev Jonas Danielsson in the change-log to accompany the release.

It’s not yet clear if the developer will stick with Mapbox long-term, but for the interim it fits nicely. Wikimedia has suggested that its own Cartographical project (and its Production Maps Cluster) could offer the app a more stable, long-term solution.

The switch could also mean that Ubuntu GNOME 16.10 will ship with the Maps app after all, having removed it from the desktop seed due to the terminated tile service saga.

An updated version of GNOME-Maps 3.18 with Mapbox support has been uploaded to Ubuntu 16.04 LTS . It will be made available to all users in the next couple of days. Look out for it in Software Updater.
Apps Dev gnome maps

Home » Apps » GNOME Maps Is Back On Track Thanks to Mapbox 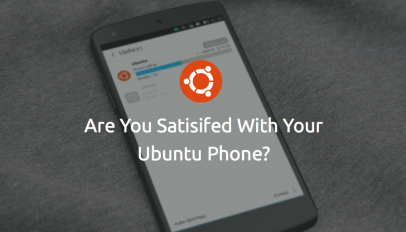 Are You Satisfied With Your Ubuntu Phone? (Poll)
Read Next