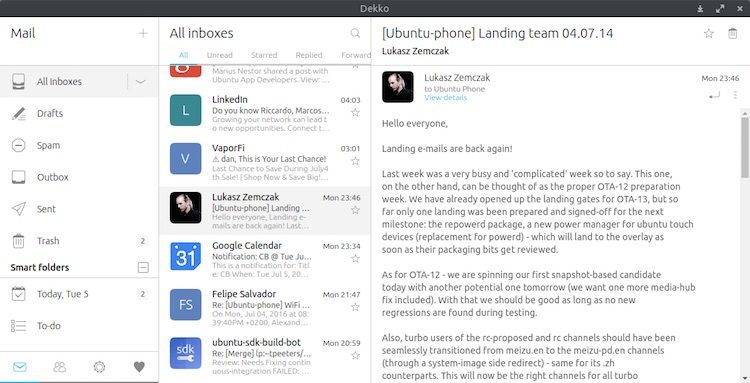 Dekko developer Dan Chapman shared some images of a new, converged Dekko for the desktop on Google+, under the title “An all new Dekko is coming!”.

Not familiar with Dekko? It’s a native e-mail client for Ubuntu (Touch, primarily). It supports most major web mail providers, including Gmail and Outlook, and custom IMAP servers.  The app comes pre-installed on both the Ubuntu phone and the M10 Ubuntu tablet.

Dekko can already run on the Ubuntu desktop (there’s a dusty PPA knocking around somewhere) but its current desktop design, while serviceable, is not as considered as that in the screenshots Chapman shares today.

Convergence Is About Being Smart

Convergence is more than just running the same app on a different form factor. Design and usability considerations are different on desktop versus tablet versus mobile.

A good converged design needs to seamlessly adapt to the differences in main input (pointer-led versus touch) in addition to simple rearranging of key elements based on window width.

If you’re interested in trying this new-look Dekko out I have good news: a Snap package of it will soon be available.

Home » Apps » Dekko Is Shaping Up Nicely for Desktop Convergence 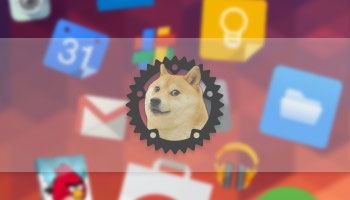 How To Try Servo, Mozilla’s Next-Gen Web Engine, on Linux
Read Next