Today Instagram shuts off several of its widely used APIs, ones used by the Ubuntu Instagram Scope that ships with Ubuntu Touch by default.

The photo-sharing service begins enforcing new restrictions on how developers can use its various APIs from today.

And this means neither the Instagram Scope or the Photos aggregate Scope will be able to load your friend’s latest food snaps, over-posed selfies or cat photos (at least, not officially). You won’t be able to view images, much less like or comment on them.

Instagram announced plans to retire several of its APIs late last year, saying that apps which access the Instagram feed API  — the bit which shows the photos from accounts you follow — were no longer permitted, and that the API they use would be shut down.

‘Apps which use the Instagram feed API are no longer allowed…’

The company gave developers until June 1, 2016 to “make changes” to adhere to the new rules, as well as submit their apps for approval should they comply with the new restrictions.

It says only a small fraction of its users make use of apps that use the feed-reading API.

“We’ve heard from the community that it can be unclear where their content is being shared and viewed,” they said last year, “…[so] we are deprecating the /users/self/feed and /media/popular API endpoints.”

In addition to the “feed” API being axed Instagram’s new policy also stops apps from participating in ‘like’, ‘share’ and ‘comment’ exchange programs (i.e. a fair bulk of apps tagged ‘instagram’ on Google Play), while follower information cannot be used for “anything other than analytics” without Instagram’s express permission.

In pulling access to (arguably) its most useful APIs, Instagram is making it harder for developers to build new experiences on and around its platform (which, to be cynical, is precisely the aim).

Third-party Instagram apps are now limited in what they can do and, for Ubuntu Phone users, that means no more Instagram Scope.

Instagram addicts using Ubuntu Phone aren’t out of options. The official Instagram mobile site works just fine in the Ubuntu browser and is the recommend way to see what your feed buddies have been up to.

As for the Ubuntu Instagram Scope… It could continue to be developed, but it will be limited to fetching and showing your own Instagram posts only — and as self-obsessed as the selfie-generation is I’m not sure that that makes it worth the effort of maintaining. 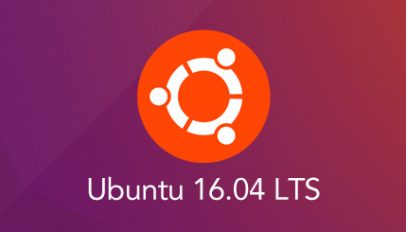 Snaps Can Now Integrate With Unity 7 Desktop Features
Read Next