Do you recall Ubuntu Light?

Amidst the flood of Intel-based netbooks in the late 2000s came this custom instant-on OS from Canonical.

Ubuntu Light was to be the proverbial glint of free software at the end of the meandering tunnel full of mini-laptops running Windows XP.

Ubuntu Light gave OEMs a cheap way add extra value to their Windows devices and differentiate themselves from competitors in the same stroke.

Ubuntu Light let users dip their toes into the world of Ubuntu rather than drown at the deep end.

And yet… you are probably having a hard time recalling it.

What Was Ubuntu Light?

Regular Ubuntu was proving incredibly popular on netbooks of the day — and with good reason: it was nimble, it was fast, and better yet it was free.

The perfectly tailored Ubuntu Netbook Edition was the recommended remedy for anyone left broken under the brutish weight of running Windows Vista on a single-core Intel Atom CPU.

OEMs, however, were more cautious. Return rates for early Linux-powered Netbooks were, we’re told, incredibly high. Joe Consumer was simply unwilling to trade the familiarity of the Windows desktop for a device that performed better and was cheaper.

So came the compromise. So came Ubuntu Light.

Mark Shuttleworth explained the value of the project in a blog post at the time:

“Instant-on, dual boot installations are a new frontier for us. Over the past two years we have made great leaps forward as a first class option for PC OEM’s, who today ship millions of PC’s around the world with Ubuntu pre-installed.

But traditionally, it’s been an “either/or” proposition – either Windows in markets that prefer it, or Ubuntu in markets that don’t. The dual-boot opportunity gives us the chance to put a free software foot forward even in markets where people use Windows as a matter of course.”

At the time Windows XP was still the OS of choice. It was old, sure, but it ran well on low-end hardware. Windows Vista was newer, a touch sexier, but too resource intensive for these stripped down notebooks — and its boot time was untenable.

So OEMs looked to Linux.

Not as an OS replacement — not this time; users didn’t seem to like that.

But, instead, as a compromise solution – an ‘Instant On’ operating system that could be quickly pulled up to do basic tasks, like browse the web or chat on MSN or AIM.

This let them sell laptops, netbooks and PCs with Windows Vista (staying on the Microsoft bandwagon) but also add some value to offset Vista’s poor performance.

Ubuntu Light was a custom-spun version of Ubuntu 10.10 developed by Canonical for use by OEMs. It was not an OS made available for download (though an ISO image for it was readily available); you couldn’t fire up Synaptic and install an ‘ubuntu-light’ package from the archive.

It used the (then new) Unity desktop and was intended to be a companion OS. It was designed as a quick-loading multi-boot option for use alongside Windows rather than be an outright replacement for it.

On boot up you’d have the choice of booting into Ubuntu Light so you could check your e-mails and browse the web. When you were done in Ubuntu you would simply hit the ‘Windows’ button at the bottom of the Unity launcher to boot into Windows.

Ubuntu Light had “typical startup times” of around 7 seconds on SSDs and closer to 20 seconds on a traditional hard drive, Canonical boasted.

While it didn’t position itself as being a ‘full desktop’, instead being described with words like ‘simplified desktop experience’ and ‘web focused’, it was, nevertheless, able to do much of what the full-fat Ubuntu Netbook Edition could.

Ubuntu Light came with Chromium, Skype, Intel’s Moblin Media Player and a few other select apps pre-installed. The Ubuntu Software Center, Synaptic, et al. were not included; it was not (directly) possible to install other apps.

The project wasn’t entirely fruitless. Its brief foray into the market gave Ubuntu’s new Unity desktop a taste of early exposure, and the engineering work that went into trimming boot times was fed into Ubuntu proper.

By contrast Ubuntu’s fully-featured Netbook Remix had much more success. It shipped as the sole OS on a glut of devices, including ones from Toshiba, Dell, and Samsung.

Ubuntu Light was sold on just one notebook (to the best of my knowledge). The Dell M101z was priced at an eye-watering £499.99. It seems to have been both the first and last gasp for Ubuntu Light.

The M101z had the following specifications:

What Happened to Ubuntu Light?

Ubuntu Light clearly wasn’t a huge success. OEMs beyond Dell didn’t, for whatever reason, bite. The fact Canonical “licensed” the OS rather than offer it freely may have had something to do with it.

But its failure was inherently not of its making. The netbook market it served was already on the decline. By the time the technology was ready to ship Windows 7 had arrived.

Windows 7 was finely tuned to boot faster, it was offered to OEMs in a befuddling selection of versions, but with attractive discount incentives. Battery life was greatly improved, it was faster, responsive, and safer than Windows XP.

Ubuntu Light didn’t fail alone. No competing “instant on” operating system — and there were a few — ever gained traction either.

The idea of a quick-booting, web-focused OS didn’t die though. Google’s Chrome OS is nearly identically in aim and purpose as those early instant-on OSes.

The work on Ubuntu Light was folded into the desktop where it helped inform Canonical’s growing focus on mobile.

Rather than producing a separate, stripped-down version of Ubuntu custom tailored to different devices the company completely changed tack. It would instead consolidate its effort and make a single platform that was efficient enough to span form factors, be they high-end workstations or low-powered netbooks.

Feature Do You Remember ubuntulight 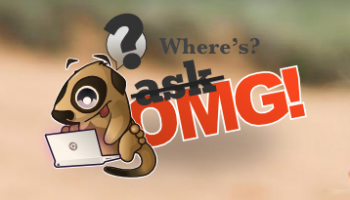 PSA: We’re On Holiday For a Few Days
Read Next