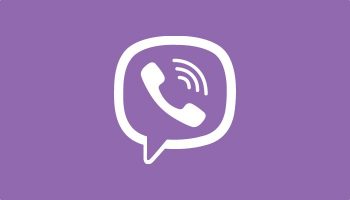 The Viber desktop Linux app has been updated, gaining a new look and new security measures.

As with WhatsApp, Viber uses your mobile telephone number as your ‘identity’ rather than a traditional login (which, yes, means if you don’t use a supported mobile platform — cough, Ubuntu touch, cough — you can’t create an account to use it.

Not that they’ll notice; the service claims to have an estimated 664 million users worldwide — and impressive stat.

“Our users can confidently use Viber without fear of their messages being intercepted – whether it is in a one-to-one or group message, on a call, on desktop, mobile or tablet,” the company say.

“Additionally, we’ve ensured each user has an individual cryptography key associated with his or her device.”

To chat securely you need to be running the latest version of Viber (which you’re reading about). Look for the grey padlock to confirm that the chit-chat is taking place securely. If you don’t see the icon it’s probable that the person you’re talking to has yet to update their version of the app.

Know someone who wants to know someone that you know? If so you’ll be stoked to learn about that Viber has added, quote, the: “exciting ability to simply share contacts, file messages, and media between chats!”

Lastly, and rather belatedly, you can finally drag & drop pictures, videos, and files into a chat to share stuff with your Viber buddies.