In just under a weeks time millions of Ubuntu users around the world will receive notification that a version of Ubuntu is available.

But do you plan to upgrade?

It’s a question we like to ask before every Ubuntu release.

Think of it as a litmus test of intention, one that helps us decide how best to approach our release day content (i.e. if 100% say you don’t plan to upgrade we can take a few days off ;)).

Ubuntu 16.04 is a Long Term Support release (LTS). It is going to receive critical security patches, stability fixes and select app updates for the next five years, both on desktop and server — the big ol’ tock in Ubuntu’s tick-tick-tickity-tock release pattern, if you will.

By now most of you will have a good idea of what’s new and improved in Ubuntu 16.04. And if you don’t, our Beta 2 release post recap for the most important changes.

With official support for Ubuntu 15.10 set to end in July, and a huge swathe of Ubuntu 14.04 LTS able to debate an upgrade for the first time in two years, it feels like now is a good time as any to ask.

Vote In Our Poll

We want to know if you plan to take upgrade next Thursday, plan to hold off for a bit while early bugs get ironed out, or plan to skip the release entirely!

Note: If you already run Ubuntu 16.04 a) you’re awesome, and b) you don’t need to vote in this poll. We’re asking specifically about upgrade/install intentions. If you’re already upgraded there’s no decision for you to ‘intend’ to make.

Whatever the reason, feel free to pop a vote in our poll above and skip on down to the comments section to explain your reasons. 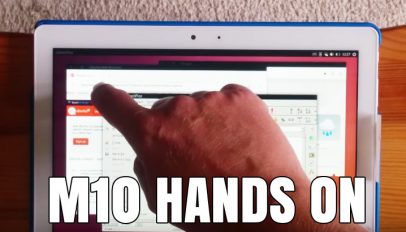