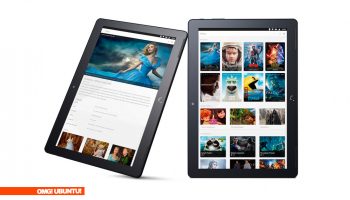 The Bq Aquaris M10 Ubuntu Edition tablet is now well and truly among us!

Since shipping began last week, hundreds of you have been in touch to say you’ve received your 10.1-inch Ubuntu tablet and are now avidly putting it, and its “capable” laptop replacement functionality, through its paces.

We’ll be sharing some of the early impressions you’ve mailed us in a separate post. In this one we share with you some of the best Ubuntu M10 review videos currently on YouTube.

If you’ve uploaded one of your own, remember to let us know about it through the usual channels.

If you’re still undecided whether to  buy the M10 (psst, it’s still available) then perhaps the following videos will help you to make up your mind.

The fastest Ubuntu tablet unboxing video? That’s the claim, and thanks to a bit of stop-motion creativity it is certainly one of the best unboxing videos I’ve seen.

This pair of videos uploaded by Full Circle Magazine‘s Ronnie Tucker shows off the much-hyped convergence capabilities the M10 offers.

But you don’t have to connect a physical keyboard to enable convergence mode. Oh no, in this video Ronnie connects one of those laser keyboards the year 2006 promised we’d all be using by now:

Bq is a Spanish company, so it’s no surprise to see a number of online video reviews of their products are not in english. If English not your native tongue, but spanish is, Javier Baquero has you covered: