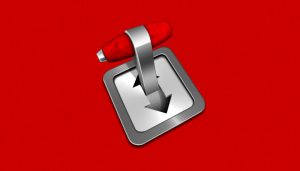 A new version of open-source BitTorrent client Transmission is now available to download.

Transmission 2.90 is the first major update to the app in over two years and, as such, features many long overdue bug fixes and feature improvements.

Both the Transmission GTK and Qt clients receive attention, including support for GTK+ 3.16 (and up) in the former, and various UI and UX tweaks in the latter, including context menus and sleeker looking progress bars.

Although Ubuntu offers Transmission (GTK) in its default application set April’s release of Ubuntu 16.04 LTS will ship with the previous stable release, Transmission 2.84, out of the box. The update is also not currently available in the Debian archive.

You can read about the new changes and fixes in Transmission 2.90 over on the Transmission bug tracker. You can build the client from source.

motang Thanks, seems like a awesome tool!
Stress Test a Linux System with GTKStressTesting, a New GUI Tool

Mattia_98 It's not the same thing. Plus, it's still a dick move.
Rocket League is Dropping Support for Linux

James Myers Good news! Thunderbolt 3 has been cropping up on tons…
10 Best Features in Linux 5.5