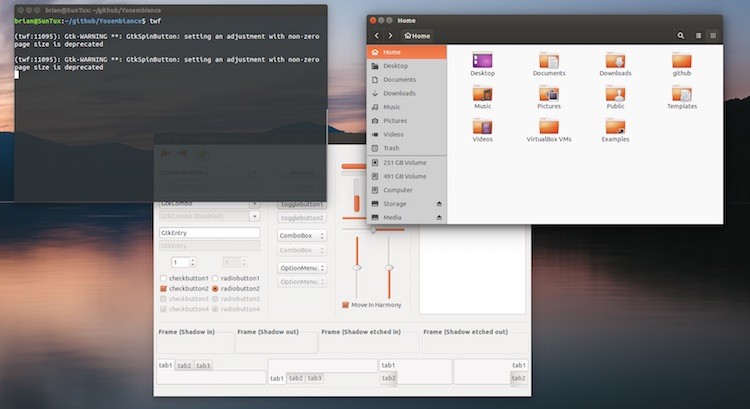 Ubuntu’s default ‘Ambiance’ theme is almost as synonymous with the OS as the color orange, alliterative release names and Mark Shuttleworth’s tour around space.

‘The theme is perfect for fans of Ambiance, but who want proper support for GTK3 apps’

But there’s no denying that Ambiance is starting to show it’s age. Only a few incremental tweaks have been kicked its way over the past few years.

And while it still looks okay considering, there’s a whiff of staleness about it. A staleness emphasised further by a shift in software design tastes over past few years.

‘The Perfect Balance of Old & New’

‘A theme that […] updates Ambiance to suit a modern aesthetic.’

The end result is a theme that strikes the perfect middle ground. It updates Ambiance to a modern aesthetic, but retains the feel of Ubuntu through its color scheme, padding and widget styling.

The name is, as you’ve likely already guessed, a portmanteau combining Yosemite and Ambiance — but don’t let that put you off. Despite being “loosely inspired” by the look of Mac OS X Yosemite, the theme actually has precious little in common with Apple’s desktop OS aesthetic.

Because of this, the theme is perfect for fans of Ambiance and the identity it gives Ubuntu, but wrestle with the stock theme’s awkward handling of GTK3 apps and interface widgets.

Brian’s says his aim in crafting the theme was to “create something less tacky than the default Ubuntu Ambiance but still feel like Ubuntu.”

And on that note I think he succeeds.

Yosembiance won’t suit everyone’s tastes, naturally. But for those who like the Ubuntu identity Ambiance creates, it is well worth checking out.

Yosembiance is a free download, available direct from Github:

From the extracted files cut, copy or move the ‘Yosembiance‘ directory to ~/.themes in your home folder.

If you can’t find it, create it — but remember to a) press CTRL+H to view hidden files first and b) make sure there’s a period preceding the folder name.

Finally, you’ll need use an app like Unity Tweak Tool to actually set Yosembiance theme as the default theme.

Don’t have Unity Tweak Tool? Install it from the Ubuntu Software Center:

Is there a GTK theme or icon set you think we should tell everyone about? Share it with us using our Tip Form!
Themes ambiance Eye Candy GTK+ Themes 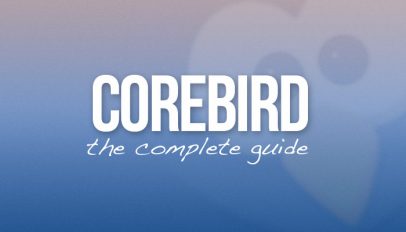 Beginners Guide To Corebird, The Best Twitter App on Linux
Read Next