Ubuntu 15.04 will ship with a brand new default wallpaper based around the Ubuntu Phone “Suru” design concepts.

The refreshed design, which can be seen below, marks the first major change to the default background of Ubuntu since the April 2014 release of 14.04 LTS ‘Trusty Tahr’.

Trusty was first to introduce a backdrop using Canonical’s ‘Suru’ design language for Ubuntu Phone/Unity 8 and the same wallpaper was used in the subsequent release, Ubuntu 14.10.

While not a massive switch in design, still using the “origami style folds over a purple-y orange gradient”, the new drape will help give the upcoming release of 15.04 a refreshed look.

For reference, this is the current background:

Canonical’s Will Cooke, who uploaded the new design to a bug issue on Launchpad, also added an alternative greyscale version. Canny Ubuntu Phone developers may notice a similar riff to the light Scopes background used on the Ubuntu Phone.

Both versions can be downloaded directly from Launchpad using the links below.

Bear in mind that, as we saw with Trusty, there may be a few minor tweaks or alterations made between this first glance and the version that ships “on disc” in Ubuntu 15.04.

Neither wallpaper is yet to be packaged up and uploaded to Vivid itself. So if you’re already running a daily build and don’t see it…that’s why.

Lastly, don’t break in to a sweat if the new design isn’t quite your thing. The default wallpaper can, as always, be easily changed to anything you like, be it a photo of a TARDIS, some cute kittens in a hand crafted basket or a solid block of canary yellow.

Are you a fan of the refreshed look? Let us know in the comments below. 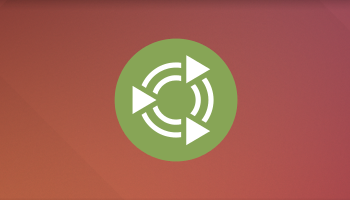