The popular German news website Spiegel Online has published a hands-on review of the Bq Ubuntu Phone, which is due to ship to successful Flash Sale buyers later this month.

The publication gives its thoughts on the mid-range handset in a review subtitled (and likely badly translated): ‘Ubuntu? For many it is the Windows alternative for PCs. But now the first Ubuntu Smartphone has come on the market. Can it compete with iOS and Android devices? We find out.’

‘A Phone For Enthusiasts’

Thanks to the power of online translation tools (and a nice tipster who summarised the main points) the Speigel Online review is a balanced, if mixed, overview.

The Ubuntu Phone’s gesture-heavy UI concept was considered novel though they admitted it took some time to get used to, accidentally triggering the ‘multi-tasking’ view on a number of occasions, and they seemed fairly impressed with the concept of Scopes overall.

Bonus points were also given for the ‘smooth, sufficient’ performance of the device, the Dual SIM slots and ‘good colour reproduction’ on the 4.5-inch display.

The 8GB internal storage caused some consternation as only around 5GB is actually free, and the reviewer also noted he wasn’t able to connect the phone up to a non-Ubuntu PC to transfer music to it, instead having to use an SD card.

They were less smitten by the app catalog on offer, writing that:

“[The Ubuntu Phone has] a lack of apps. There is not much to choose from and much of what is offered [turns out to be a] link to the mobile web page, like the eBay app or Here Maps app.”

In all, while calling it ‘fun’ to play with, the Spiegel Online ultimately concluded in their Ubuntu Phone review that the first device is one for enthusiasts and fans (which just so happens to be exactly who Canonical and Bq is targeting this limited run of devices too). Paraphrased, translated:

“The Aquaris E4.5 Ubuntu is [for enthusiasts] …it has no real advantages over the [Android version of the same model].”

You can read the full article (in German) on the Spiegel website.

Any native German speakers among you: do feel free to nudge me with more accurate translations of the quotes above if you feel they’re needed. I have paraphrased in parts. 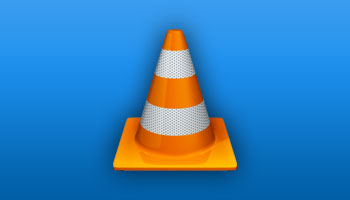 VLC 2.2 Released, Here’s How To Install It in Ubuntu
Read Next