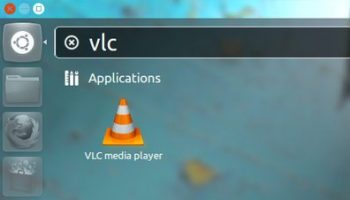 The go-to media player of millions, VLC 2.2 ‘Weathermax’ was released this weekend and brings some nifty new features to the desktop.

As teased previously, the desktop release now includes a built-in extension gallery. Adding extra features to VLC is now no more than a few clicks away (Tools > Plugins and Extensions).

Playback resume is another handy feature long requested. The ‘Continue Playback?’ prompt appears when re-opening a  video or audio file and sees the desktop build gain parity with its mobile kin.

The popular open-source media player adds a much needed fix for a real life bug: it auto-rotates videos recorded on a smartphone or tablet.

There’s also the usual crop of codec updates including support for Ultra HD, VP9, H.265 and ‘compatibility’ fixes for a range of obscure file formats.

Other changes include GPU zero-copy decoding (a hardware-based tweak said to deliver much faster performance where applicable), support for ‘Digital Cinema Package’ used by movie theaters and experimental support for Interactive Blu-Ray menus.

Lastly, on the quirky side there are three new video filters to play with when you’re bored: ‘old movie’, ‘VHS effect’ and ‘freeze effect’.

VLC 2.2 is a free download for Windows, Mac, Linux and a slew of mobile platforms, including Windows Phone, Android and iOS.

Ubuntu users can install or upgrade to VLC 2.2 by using the official VLC PPA:

As exciting as this release may be it’s the upcoming VLC 3.0 that will really get people talking as, among other things, it promises to offer native Chromecast support and big improvements for use on Wayland displays.

Apps How To mediaplayers vlc wayland