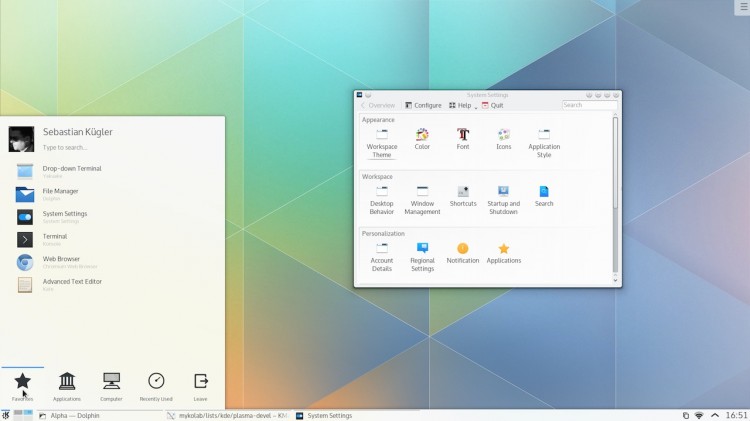 Kubuntu 15.04 will ship with the new Plasma 5 desktop environment by default, its lead developer has confirmed.

The news, shared by Jonathan Riddell, won’t come as much of a shock to those of you who tend to spell ‘my favourite flavour’ with a K. The popular distro pushed out regular ISO images using the new experimental desktop during the last release cycle, a similar approach it took when transitioning to KDE 4 during 2008.

But for the upcoming release of 15.04 Riddell states that Kubuntu developers now feel confident enough in its performance and capabilities to switch across wholesale, writing:

“…following some discussion and some wavering we will be switching to Plasma 5 by default. It has shown itself as a solid and reliable platform and it’s time to show it off to the world.”

Ubuntu 14.10 launched last week with the KDE Software Compilation 4 series as default. Over the coming six months developers will strive to ‘fill in’ missing features and gaps in expectations, Riddell adds.

Kubuntu isn’t alone in making big changes to its desktop environment. The hands behind the lightweight spin Lubuntu are currently facing a tense decision whether to hold off on switching to the Qt-based LXQt desktop for Vivid Vervet, or roll with it early. With an LTS under their belt suitable for those who don’t fancy the bleeding edge, I think they should go for it.

Such switches are rarely without penalties. The migration from KDE 3.x to KDE 4.x between 8.04 and 8.10 was met with equal amounts of anger and enthusiasm.

Unity may be same ol’, same ol’ for Vivid, but it’s great to hear there’ll be plenty of vivid versioning happening elsewhere.