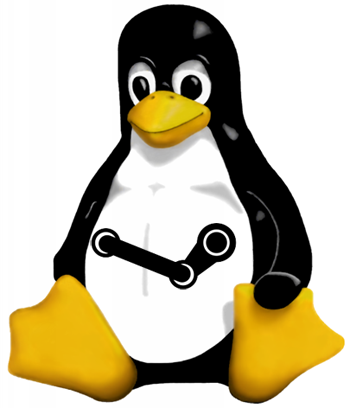 If you’ve been doing this ‘Linux’ thing for a while you may remember a time when the phrase “Linux gaming news” meant little more than a round of PyChess translation updates and a compilation fix for Tux Racer¹.

Today things are different. From the Humble Bundle and cross-platform gaming engine support, to the arrival of Steam for Linux: the acceleration in development studios getting cosy with the penguin continues to pick up pace.

Over the past year or two we’ve seen everything from top-tier AAA action titles and sprawling MMOPRGs, to first-class indie titles and retro-throwbacks arrive with first class support. Indulge the hyperbole with me for a moment because, honestly, native gaming support on Linux has never been this good.

In fact, it’s so good that we’re a little swamped by the latest bout of releases, teases and rumours! To help us (and you) get back on top of things, we’ll rattle off the biggest gaming stories of the past fortnight or so in one swoop.

Linux users can find out if Sanctum 2 is as ‘tough, smart and substantive’ as the reviews say it is, as the tower defence/FPS genre-melding game is finally available on Linux (and Mac, too).

Both ports have arrived later than planned (having been earmarked for an early 2014 release) but based on early feedback it sounds like it was well worth the wait.

Buy Sanctum 2 for Linux on Steam

Action RPG Borderlands 2 is coming to Linux — and that’s official. The news follows last month’s  confirmation that Borderlands: The Pre-Sequel will also see a native Linux release later this year.

No firm release date for it yet, but expect plenty more details on this as we hear ’em.

Owners of the Windows version of the game are reporting that an entry for it has appeared in their Linux games library on Steam, while the Steam Database proudly displays a tux head in the ‘supported systems’ column.

As of writing no one has managed to download anything that runs, so we can’t say for certain that it’s coming.

But circumstantial evidence is good. One of the game’s developers previously teased Linux support for the future, so there may be more at work here than just a computer glitch.

It’s been 25 years in the making but the long-awaited crowdfunded sequel to 1988 computer game classic Wasteland is almost here, with creator Brian Fargo confirming a release date of September 19 on Twitter.

Set in a dangerous, post-apocalyptic world, Wasteland 2 aims to weave a deep narrative, compelling gameplay and plenty of scope for making decisions, falling foul of consequences, and being layered in replay value.

The deluxe digital edition is already available to pre-buy on Steam priced at $60.

The Linux (and Mac) release of Sid Meier’s Civilization: Beyond Earth, the next entry in the hugely successfully RTS franchise, has been delayed.

Originally scheduled for an “autumn” release alongside the Windows PC version the website now lists the title as coming ‘soon’ for Mac and Linux.

Hands behind the port have since sought to reassure gamers, telling TUAW that ‘coming soon’ really does mean ‘soon’. The Windows release remains on course for late October priced at $49.99.

The ‘Press the Activate key to leave the turret’ option now fully persists, and the ship sell menu shows local inventory only.

The Journey Down: Chapter 2 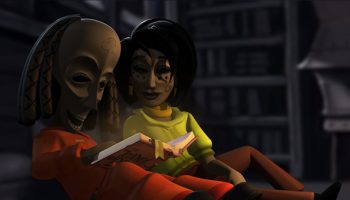 We’ll round off the list on an epic note: Journey Down: Chapter Two has been released on Windows, Mac, Linux and iOS.

The game, which has been more than a year in the making, picked right up where it left off: ”The plot thickens as our heroes plunge down into the mist below the Edge and wind up in the foggy and treacherous town of Port Artue where they find themselves cornered by pirates and on the run from the law.”

Know something we’ve missed? You can help us keep up by tipping us to news through our contact form.

1. Incidentally, this was the very first game I ever played on Linux.