Type ‘Can Ubuntu’ into Google and you’ll see a stream of auto suggested terms put before you, all based on the queries asked most often by curious searchers.

For long-time Linux users these queries all have rather obvious answers. But for new users or those feeling out whether a distribution like Ubuntu is for them the answers are not quite so obvious; they’re pertinent, real and essential asks.

So, in this article, I’m going to answer the top four most searched for questions asking “Can Ubuntu…?”

Ubuntu (and most other Linux distributions) can be installed on just about any computer capable of running Microsoft Windows.

Whether you should replace it will, invariably, depend on your own needs.

For example, if you’re attending a school or college that requires access to Windows-only software, you may want to hold off replacing it entirely. Same goes for businesses; if your work depends on Microsoft Office, Adobe Creative Suite or a specific AutoCAD application you may find it easier to stick with what you have.

But for most of us Ubuntu can replace Windows full-time. It offers a safe, dependable desktop experience that can run on and support a wide range of hardware. Software available covers everything from office suites to web browsers, video and music apps to games.

Yes, though not out of the box, and not with guaranteed success.

Software that is distributed as a window installer file has been designed to run on Windows, thus these files are not natively compatible with any other desktop operating system, including Linux, Mac OS X and Android.

Software installers made for Ubuntu (and other Linux distributions) are usually distributed as .deb files. These are similar to windows binary installer files on Windows: you double-click on the installer you download and follow any on-screen prompts to install it.

But Linux is versatile. By using a compatibility layer called ‘Wine’ that can run many popular apps. Although Wine is technically is not an emulator for simplicity’s sake ignore the nerds and consider it as one because, like emulation, Wine isn’t without issues.

Not all Windows apps can run in Wine and of the few that do they do not perform as well as they do on Windows (nor look as pretty).

But, for the odd bit of software you can’t do without it may works well enough to use on a daily basis.

Windows software that can run on Ubuntu in Wine includes: older versions of Photoshop, early versions of Microsoft Office and many older PC games. For a fuller list of compatible software refer to the Wine App Database.

Can Ubuntu Get Viruses?

Theoretically, yes. In reality, no.

Linux distributions are built in a way that makes it incredibly hard for viruses, malware and root kits to be installed, much less run and do any significant damage.

For example, most applications run as a ‘regular user’ with no special administrative privileges, required for a virus to access critical parts of the operating system. Most software is also installed from well maintained and centralised sources, like the Ubuntu Software Center, and not random websites. This makes the risk of installing something that is infected negligible.

Should you use anti-virus on Ubuntu? That’s up to you. For peace of mind, or if you’re regularly using Windows software through Wine or dual-booting, you can install a free and open-source virus scanner app like ClamAV, available from the Software Center.

You can learn more about the potential for viruses on Linux/Ubuntu on the Ubuntu Wiki.

From the traditionally simple distractions of 2D chess, word games and minesweeper to modern AAA titles requiring powerful graphics cards, Ubuntu has a diverse range of games available for it.

Your first port of call will be the Ubuntu Software Center. Here you’ll find a sizeable number of free, open-source and paid-for games, including acclaimed indie titles like World of Goo and Braid, as well as several sections filled with more traditional offerings, like PyChess, four-in-a-row and Scrabble clones.

Also keep an eye on the Humble Bundle. These ‘pay what you want’ packages are held for two weeks every month or so. The folks at Humble have been fantastic supporters of Linux as a gaming platform, single-handily ensuring the Linux debut of many touted titles.

Home » List » Can Ubuntu Do This? — Answers to 4 Questions New Users Ask Most 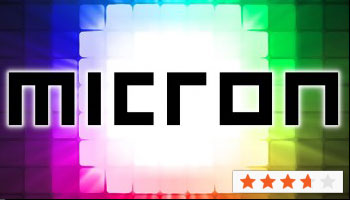