If Ubuntu-based Linux distributions were comic book superheroes, who would be what and why? That’s the question I’ve been mulling over for the last half hour.

Now, in my defence, I don’t normally waste my sunday afternoons on these kind of topics. (“sure” — The World). Instead, I happened to succumb to coffee shop kryptonite: opinion osmosis.

What follows below started off as an internal rebuttal to a conversation taking place on the table opposite (they were insistent that Marvel’s Spiderman could beat DC’s Clayface, Killer Croc and Mr. Freeze with his little finger).

But it quickly grew, Hulk-style, into an aggressive ask: if Linux distributions were superheroes, who would be what, and why?

So, in a world-melding, confusion-inducing ‘Crisis on Infinite Earths’ style post I present my take, illustrated with tweaked artwork from the awesome Cheetashock (check him out for full HQ and un-branded wallpaper versions of the images below).

It’s an obvious comparison: both Ubuntu and Superman are leaders, they are dependable, and they are arguably the most well known of their kind. Both are security minded and concerned with privacy, while Canonical’s laser-like focus in pursuit of convergence is nearly as intense as the red-hot beam fired out of Superman’s eyes!

Powerful, upfront and well intentioned (sometimes to a fault) the famous Linux distribution has much in common with the most famous superhero of all time.

And, let’s face it: those bright red pants of his are only a few hues away from #ubuntuorange!

Being the digital equal of Ubuntu it makes sense for Kubuntu, widely used in enterprise situations, to be the crime-fighting alter ego of the business-minded Bruce Wayne.

Both Ubuntu/Superman and Kubuntu/Batman are popular headline characters with noble goals …albeit with different ways of trying to achieving them.

Ubuntu favours Unity and Mir, and is pressing ahead with its long-term goal of convergence. Kubuntu treads the road of KDE, Plasma and Wayland, which is also designed to aid ‘converged’ experiences.

Lubuntu is The Flash

Lightning fast on lower hardware, Lubuntu has the super speed that makes its comic book counterpart so famous. But, like Barry Allen and those who followed, is also less well known than its peers.

But when you dig in and get familiar with both you find they are not just pale, one-note imitations of better known characters but fully rounded and capable of forging their own unique path and identity.

A left field choice for Xubuntu, but as a strong, independent and gutsy spin it matches up perfectly with the ultrasonic comic book heroine Black Canary.

She is versatile in combat — from hand-to-hand combat to gymnastics to numerous martial arts — and so too is Xubuntu (in a slightly less violent way).

Xubuntu is flexible enough to suit the needs of power users who dig its speed and configurability. While those new to Linux, or running it on lower-end hardware, appreciate the lower resource usage and, to bring it back to the Canary, the familiar, less abstract guise.

The Rest of the Linux Justice League

Ubuntu GNOME is Green Lantern. The extensible nature of the GNOME Shell desktop works a lot like Hal Jordan’s power ring: almost at will one can add new features, apps and user experiences thanks to the GNOME Extensions website.

elementary is Aquaman. His superhuman ability to resist immense pressure is something elementary has been well trained in — thanks to both the high standards they hold themselves to and the need to put up with incessant questioning on when the next release is due!

Much like the shape-shifting Martian Manhunter, the China-based Deepin has gone through its fair share of looks over the years. But, like Manhunter, always sat beneath the adaptive exterior is a rock-solid core, super charged by noble ambitions.

Last, but by no means least, is Linux Mint. Coming up with a super-hero counter for one of the most popular independent Ubuntu-based distributions is hard. Is it Robin? The Green Arrow? Maybe some kind of Bizarro Superman?

Or, maybe — and hear me out — it’s most like the Supergirl.

Let’s look at the comparisons, which rather like the rubbish disguises of the Super-family, are evident at first glance: it’s nearly equally matched in power and performance with Ubuntu; it’s from the same stable, and is nearly as popular.

But being the younger, more independent one it has been less willing to play by expectations (forking and creating its own desktop environment) And, like Supergirl, Linux Mint is often seen as a ‘hipper’ choice amidst more established and entrenched options.

Which superhero is your favourite Linux distribution most similar to? Disagree with any of my choices? Sound off in the comments below!

Home » List » The Justice League of Linux: If Distros Were Superheroes 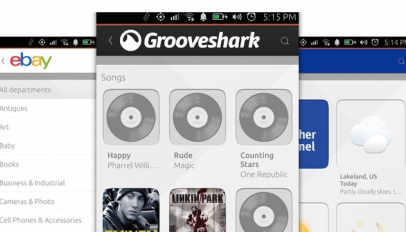