Desktop builds of Ubuntu 14.10 using Unity 8 and Mir by default have been made available to download — not that most users will want to.

Plans for a separate Unity 8 desktop flavour were discussed last month. The aim of the images is to provide developers and testers with a means to identify and document the types of changes needed to tailor both fledgling technologies to traditional desktop usage.

What these images are not is any sort of stable consumer release ready for production testing. These builds are, and will continue to be, highly unstable, buggy and in a state of feature flux from now up until October — and possibly beyond. Anyone expecting a polished, useable or ‘converged’ desktop will be sorely disappointed as the Unity 8 desktop ISO currently uses the Tablet UI.

Work on building competent window management features into Mir and Unity 8 is only just getting underway. Similarly, since desktop-grade graphics chips are yet to add Mir compatible GPU drivers the experience will vary wildly between hardware and users. Virtual machine support is also not a given.

As Unity 8 on the desktop starts to come together users won’t be presented with a UI too dissimilar to what they’re used to, hinted Ubuntu’s founder Mark Shuttleworth in a recent video Q&A.

This is good news. Microsoft tried to foist a tablet, touch-orientated UI on desktop users with Windows 8. Reception was mixed and the critical mauling severe. It has had to continually issue “refinements” — ‘concessions’ if you want to be cynical — to counter the complaints.

Regular Ubuntu 14.10, due for release on October 23, will continue to be based on X.Org, Compiz and Unity 7. Unity 8 running on Mir is expected to be made default desktop before the next LTS, due in April 2016.

Largely unusable at this point, the images linked to below are designed primarily to assist developers test and improve, not help Joe User spin TARDIS-style to Ubuntu’s future. 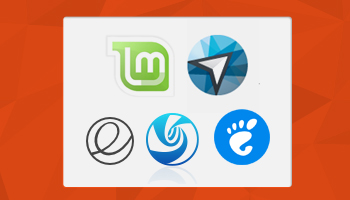 Better Than the Real Thing? 5 Popular Ubuntu Based Distros
Read Next