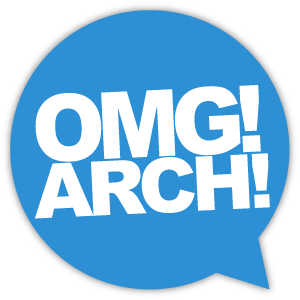 Ubuntu 14.04 is here and many of you will opt to wipe and reinstall Ubuntu for that fresh, new LTS smell. But I’m here to say: not so fast!

Though the name of the site has Ubuntu in it, another distribution stole my heart many years ago: Arch Linux.

It isn’t the easiest path to a usable desktop or the best choice for those of you tempted to punch a wall if things don’t go exactly as planned, but Arch was the distribution that taught me everything from how to love tiling window managers (Awesome is, well, awesome) to the fundamentals of the init system.

This isn’t a how-to or an introduction to installing Arch for Ubuntu users, but if you’ve been curious about our friendly rolling-release neighbours, we’re here to nudge you down the path.

Though Arch can be the punch line of jokes in the comments section, it’s also a well-positioned choice for users with privacy concerns or power users who find the handholding in setting up their Linux desktops a less fulfilling learning experience or who just want more control.

Arch is a rolling release distribution that seeks to provide a simple, minimalist environment for Linux users to build upon with minimal complication.

But instead of diluting the essence of Arch further, you can read more about the history of Arch straight from the penguin-shaped horse’s mouth. The most important thing to keep in mind are the five principles of The Arch Way at the core of this humble distribution:

“without unnecessary additions, modifications, or complications”

Whereas more beginner-friendly distros like Ubuntu, Fedora, Mint, etc. form a more-or-less complete picture – as ugly or beautiful as that picture may be to different users – distros like Arch and Gentoo piece together the edges of a jigsaw puzzle and leave the rest to you. The freedom Arch grants you to fill in the rest of the picture can be unforgiving if you’re impatient.

Is Arch easy? No. But is it simple? Yes.

Simplicity doesn’t mean Arch is a barren desert that forces you to compile everything by hand or has a one-click magical solution to every problem; rather, Arch gives you one of the most up-to-date repositories of applications and libraries to piece together a veritable pick ‘n’ mix to your choosing.

Arch takes a step back from setting up a fully configured desktop and clears away a lot of the magic we take for granted when we boot straight into a slick LightDM login prompt. That means you get to go hands on with what goes into making something like GNOME tick.

As with Ubuntu, Arch has its own user package infrastructure to accommodate packages that don’t belong in the mainline repos. Instead of adding an endless list of PPAs to your sources, you’ll be installing from PKGBUILD files from the Arch User Repository (AUR). Though you can install these by hand (and by all means should to learn more about how PKGBUILDs work), a number of third-party wrappers make the process of searching and installing packages from the AUR much easier.

If you’ve been put off by the endless lists of PPAs just to get a handful of utilities, the AUR is sure to please. Everything from Chrome Beta and Dev releases to the latest GNOME Maps built from a checkout of the git repo are available to install – even Unity! The only downside is that most packages will require compilation – barring those like Chrome that are only available as binaries – but when AUR packages get popular enough, they move up to the community repo, where prebuilt binaries are available to all Arch users by default.

A Glimpse at the Future

Being a rolling release distribution has a lot of advantages, not least of which are the quick updates to popular packages. The Arch maintainers and community keep packages up to date at a pace seemingly unmatched by any other distro.

This can be fairly intimidating if you forget to update for a month, but getting the latest GNOME and KDE releases just days or weeks after they land – and without a sea of experimental or buggy PPAs to boot – is one heck of a boon.

Get the latest GNOME and KDE releases just days or weeks after they land without a sea of experimental or buggy PPAs.

If you’re wanting to use Arch for your server, having packages that always keep pace with upstream may very well break something along the line. You can always hold back troublesome packages temporarily – whether by hand or through a configuration management tool like Puppet or Salt – until you can upgrade, but this won’t help you if security updates are only available against the latest version in the Arch repos.

Having Ubuntu LTS releases or official PPAs like PostgreSQL’s that can keep older versions around whilst still delivering security updates is probably better if you’re in this situation or don’t have time to keep up with Arch’s fire hose of updates.

Those potential issues aside, Arch also made a particular fundamental choice not too long ago that’ll be making its way to Ubuntu in the future: systemd. Mark Shuttleworth announced Ubuntu’s change of heart after Debian finally opted to replace sysvinit with systemd, but there’s no reason to wait to learn more about the increasingly ubiquitous init replacement or start porting your handcrafted Upstart scripts.

Learning From Your Mistakes

Part of any learning experience is going down a few dead ends and chasing the wrong problems until you meander towards what works. In my years of going down the same paths to partitioning nightmares, Arch has been the best distro for learning about where I went wrong and how to get things working again (or less broken anyway).

So if the downsides look more like speed bumps and Arch is starting to look like your Shangri-La, you’ll need one resource to help you in your learning experience: the Arch Wiki.

The Arch Wiki is hands down the best guide to all things Linux, whether you’re running Arch or Ubuntu or any other Linux distribution.

If you’re looking for how to repurpose your old MacBook, the Arch Wiki probably has an article for your model; if you’re looking to set up a simple, rock solid iptables configuration, the Arch Wiki has your back too; and if you’re just struggling to install a single package, there’s a Pacman Rosetta that maps commands for apt, pacman, and other package management tools in a single gigantic table.

For all the frustration and lack of one-button magical solutions in Arch’s minimal environment, its community goes to great lengths to document things thoroughly – arcane terminal commands and all.

If you’re worried about breaking changes too, the arch-announce mailing list will usually let you know when a troublesome update to a core package is on its way down or if an update requires some form of user intervention.

Does this mean Arch is the right choice for every “power user” or everyone looking for a “fun” learning experience? Absolutely not.

Linux From Scratch and Gentoo offer their own unique challenges and learning opportunities as do a raft of alternative distributions that offer user-friendly UIs but with a different set of tools to learn – Fedora, openSUSE, and even a number of user-friendly Arch derivatives among them.

So while you’re sitting at your new Ubuntu 14.04 LTS desktop or thinking about upgrading, maybe give Arch a go on a real or virtual machine.

Are you an Ubuntu user giving Arch a go or an ex-Ubuntu Arch convert? Let us know some of your impressions of Ubuntu’s friendly next-door neighbour and tips for users wanting to give it a go in the comments below!