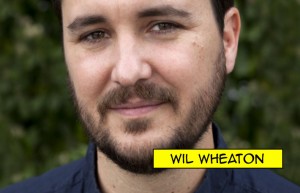 Will Wheaton — demi-god to geeks, celebrated actor, witty chap and, more importantly to us, one of the most famous champions of Linux.

If you’ve ever wondered which distribution he prefers, or what he thinks of Ubuntu, you’re in luck: the actor, famed for his role as Wesley Crusher in Star Trek: The Next Generation recently ventured his opinions in a post on Google+.

Famous person + mention of Linux = something we (inevitably) have to write about.

Wil admits that he is not a full-time user of Linux, instead preferring to use an iMac and Macbook Pro for day-to-day computing. But, like anyone who has used Linux full time at some point, interest is easily stoked.

In a recent post on his Google+ profile, Wheaton speaks about his experience of running Ubuntu through Crouton on his Chromebook (Crouton is a a pseudo dual-boot that lets a regular Linux distro run on top the Chrome OS kernel). Did he like what he saw? Not quite:

“I’m not crazy about Ubuntu; I feel like the entire project has gone in a direction that isn’t for me.”

Shocking opinion? Hardly. Among those who began using Linux in a certain era, like Wil did, it appears to be an incredibly common one.

Not put off by his encounter with Unity, Wil goes on to mention that he opted to run the lightweight XFCE desktop on his Chromebook. Not his favourite, but one whose speed he appreciates and that evokes a nostalgia within him.

Wil also mentions that he has started trialling various Linux live images, including Debian Wheezy and the latest stable release of Fedora, in VirtualBox on his iMac – his interest being piqued by Crouton experiments. Sadly for anyone hoping for the recurring Big Bang Theory guest star to function as a FOSS evangelist, he says he has no plans to switch back full time:

I love just about everything about my Macbook Pro and my iMac, so I don’t see myself going Linux full time again, but I really do love being able to explore tons of open source packages, and play with different kernel options, desktops, and all those things that I don’t need to do, but still have fun doing, anyway.

The ‘Fun’ factor is something often overlooked by the more casuistic members within the wider Linux community. Free of the ideological kow-tow, Linux can be an exciting playground for users, full of opportunity and choice.

Do you feel like Wil? Is Ubuntu heading in the wrong direction? Or is it boldly going where no distribution has gone before? Let us know in the space below. 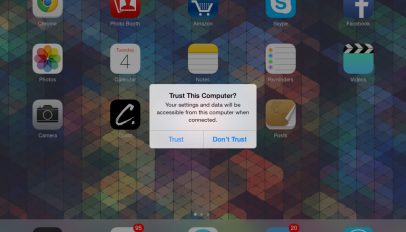