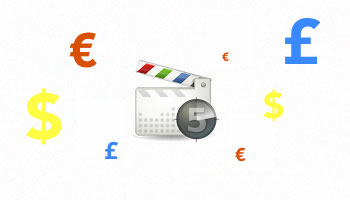 In just one week the Pitivi video editor crowdfunding project has amassed one-third of its initial €35,000 goal.

The campaign aims to raise enough money to fund full-time development of the software. If successful a stable ‘version 1.0 release’ will be readied for an October release.

Stretch goals for more than 40 specific “pro features” are also listed by the campaign, with backers able to vote on the priority of their implementation. The cost of these individually priced items adds up to €75,000 on top of the “phase 1” goal to make a €100k overall goal.

There’s no firm ‘deadline’ by which date funding has to be raised, but donations are already rolling in. At the time of writing more than €11,500 has been pledged — this includes a €2,500 donation made by GStreamer maintainers.

With GStreamer at the heart of the Pitivi project, much of the developer effort in Pitivi, both past and future, is spent improving and building new features into the GStreamer framework. This work benefits other open-source projects that make use of it.

To donate to the Pitivi fundraiser, which is hosted by the GNOME Foundation, follow the link below.